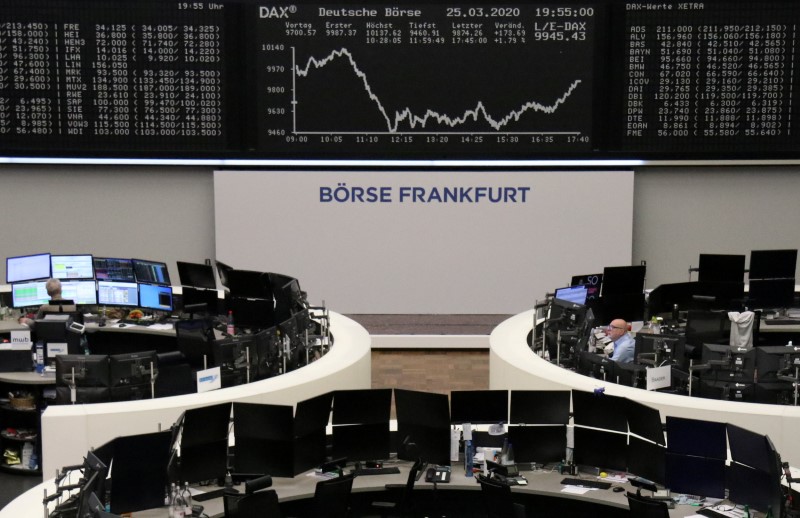 The pan-European STOXX 600 index (STOXX) was down 2% at 0803 GMT, with German shares (GDAXI) down 1.8% as a survey showed consumer morale in Europe’s biggest economy fell sharply to its lowest level since 2009.

Italian (FTMIB) and Spanish (IBEX) stock markets fell between 2.2% and 2.5% as the number of fatalities from COVID-19 in Italy topped 7,500, while those in Spain rose beyond 3,400 and exceeded the total death toll in China.

Global stock markets also struggled to hold on to early gains as investors braced for a surge in U.S. jobless claims, with estimates ranging from 250,000 to a whopping 4 million as economic activity ground to a halt under state-wide lockdowns.

British electricals retailer Dixons Carphone (L:DC) tumbled 2% after warning it would not meet its forecast for 2019-20 profit and debt as the virus outbreak forced the closure of its stores in the UK, Ireland and Greece.