Home
Stocks
Entering retirement in the middle of a health and financial crisis? How to handle your money and your emotions
Prev Article Next Article
This post was originally published on this site 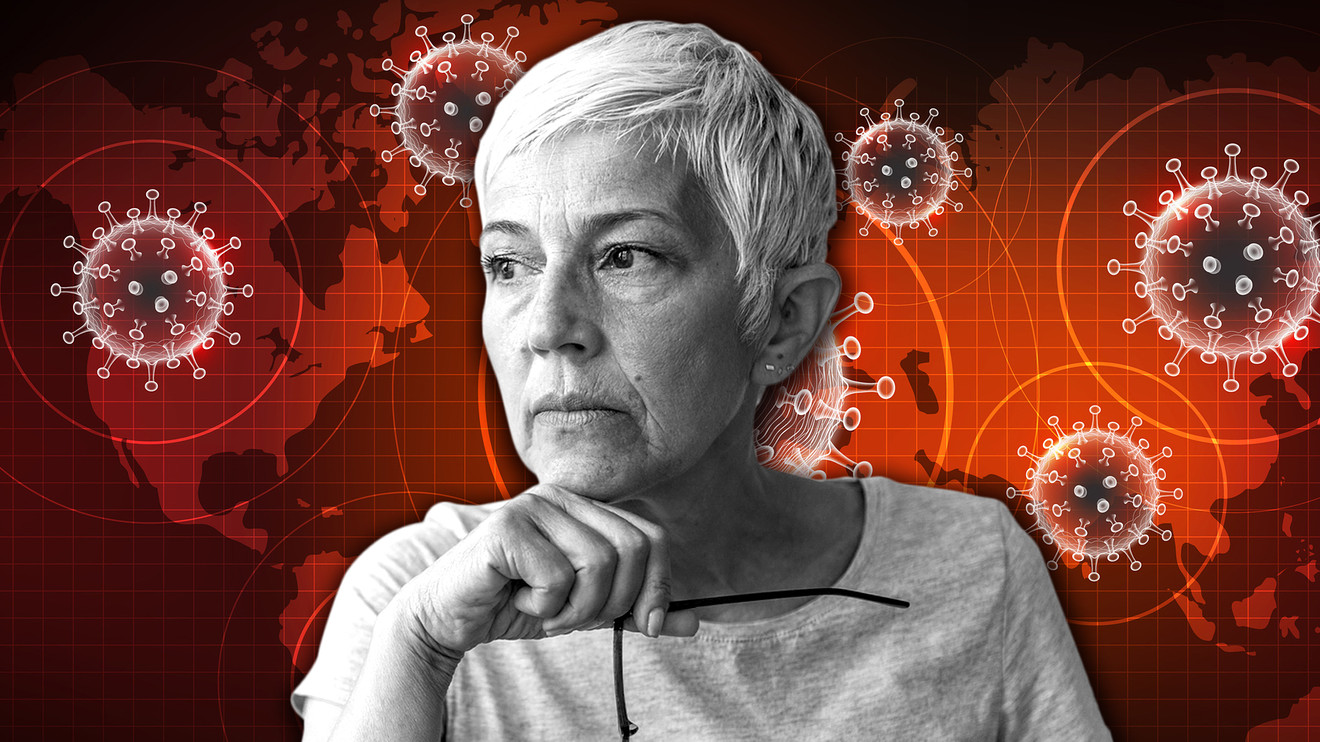 After years of hard work, paying off debts and saving money, Nancy Carlson is ready to retire. But she didn’t expect the stock market to be so volatile when she set her retirement date for April 30.

Carlson, who manages technical writers in Disney World DIS, +4.60%, said she’s felt prepared for retirement. She and her husband don’t have any mortgage debt and already helped put their kids through college. They just have to pay for living expenses, taxes and insurance. Her husband has been retired for five years already, and she thought it was time to join him.

Then the stock market started acting up, in response to oil price wars and fears of the spreading coronavirus disrupting global economies. The major benchmarks, like the Dow Jones Industrial Average DJIA, +6.38%  and S&P 500 SPX, +6.24%,  have dropped significantly from their mid-February highs, and the nearly 11-year bull market has come to an end. “It has been disheartening and scary,” Carlson said. “I have had my doubts, if I should go forward with this, but my husband felt strongly that we are OK,” she said.

Investing is emotional, especially when it’s in regard to a person’s life savings.

The couple has other sources of income outside of her 401(k) savings, including both of their pensions and his Social Security. “It would be nice if it would have remained stable or continued to grow, but I have decided to hang in there and go with my plan,” she said. Her financial adviser, Dennis Nolte, vice president of Seacoast Investment Services, has also said she is financially prepared to retire, and should follow through after working so hard to get to this point.

See: Market got you down? How to construct a comeback portfolio

Still, entering retirement in the midst of the coronavirus crisis can be unnerving, and near-retirees may be hesitant to see their plans through. “It’s so hard on people right now, because it feels to many like the earth is shifting underfoot,” said Nate Wenner, principal and a senior financial adviser at Wipfli Financial Advisors. “Some people feel that everything is different now and always will be. I think the truth is that some things may be different for the time being, but not everything.”

Stocks are rebounding as of late, but experts suggest remaining cautious when investing in a volatile environment. History has shown the market may bounce back and then drop again (and it may be too soon to tell what will happen).

That doesn’t mean people can’t retire now, and some financial advisers said their clients are still retiring as they intended to this year. Here’s what people can do if they are entering retirement soon and don’t feel as comfortable about that plan as they may have been only a few months earlier:

Focus on what you can control

Near-retirees can’t dictate what the markets can do — many investors will argue nobody can — but they can control how they react to volatility. “That’s where their efforts should primarily be focused,” Wenner said, adding that his firm has been making adjustments to client portfolios, such as rebalancing and tax loss-harvesting. “We are also spending a lot of time reviewing and updating their longer-term financial plans. Showing them actions they take can make a difference, and that some important fundamental things do not change, even in a crisis where that may come into question.”

What near-retirees can control (although they may want to seek help from a financial adviser): where their assets are invested, how much they withdraw in the first few years, how they spend their money and when they claim Social Security, for example.

Financial plans are only solid if they incorporate market volatility and a potential downturn, said Robert Braglia, president of American Financial & Tax Strategies. “No one could have anticipated this crisis, but any plan that did not anticipate a crisis is not a plan, it is just a collection of investments,” he said.

This is a good time to run the numbers to ensure retirement is feasible right now, and then run them again. Financial advisers can help stress-test portfolios, to see how they would handle a bear market or market volatility, and for how long the money would last. “So if a client’s plan looked good in a stress test a few months ago, they would still be in good shape to retire, even after the recent market events,” said Brian Behl, founder of Behl Wealth Management.

Investors should focus on what guaranteed income they will receive, such as pensions and Social Security, and then look at what amount of cash they’ll need to draw from their savings to fill the gaps, said Malcolm Ethridge, executive vice president and a financial adviser at CIC wealth. “It’s very easy to focus on the larger numbers and the amount that their portfolio is down overall,” he said. “But in reality, they will likely only need to draw down a fraction of that nest egg this year.” That allows the market time to recover in the years to come, he added.

Emergency savings are always helpful, but especially in situations like this, said Jennifer Weber, vice president of financial planning at Weber Asset Management. Financial advisers typically tell clients to have three to six months of living expenses stashed away, but during uncertain times, it’s best to have six to 12 months, she said. “This cushion will give you more peace of mind and lower the chances of selling your investments in a down market.”

Also see: If you do this now, you might be able to double your retirement portfolio

Consider some type of work — if you want

For those who are nervous about ending a source of income altogether during stressful times, working — either at their current jobs or in a part-time capacity — may help ease nerves. Near-retirees don’t have to delay retirement now. Some people have a phased retirement, where they take time off initially and then work part-time or project-based, said Sean Pearson, a financial adviser at Ameriprise Financial. “Not only will that give you time to let your investments recover, you might also find that you enjoy the engagement by continuing to work,” he said. “It’s just as important to consider how to spend your time in retirement as it is to focus on how to spend the money.”

Keep the emotions out of it

Investing is emotional, especially when it’s in regards to a person’s life savings, which they will rely on in their old age. But if near-retirees have followed their financial plans and done the projections, the last step is to resolve any feelings of fear. “I know we are emotionally pressed ‘to do something,’ because that might make us feel better,” said Kashif Ahmed, president of American Private Wealth. But assuming the plan was strong to begin with, “doing nothing is the intelligent thing to do.”

Everyone’s path to retirement is different, and now especially, people will be sharing their doubts and fears about retiring, Nolte said. “The people you’re working with are concerned about their own portfolios, and maybe they’re not as bulletproof and they’re farther away from retirement, but you can’t get caught up in that story,” he said. Put another way: Don’t worry about what everyone else is doing and how this situation may impact their plans — stick to what you know about your own plan.

It’s also important to look on the bright side, such as the freedom that comes with retirement. Immediate plans may have changed, but only temporarily. Carlson said she had a few trips scheduled this summer — one to Italy and another to Alaska via cruise — but if they don’t happen, she’ll reschedule for another time. “I’ll enjoy the fact I don’t have to wake up with an alarm every day,” she said.