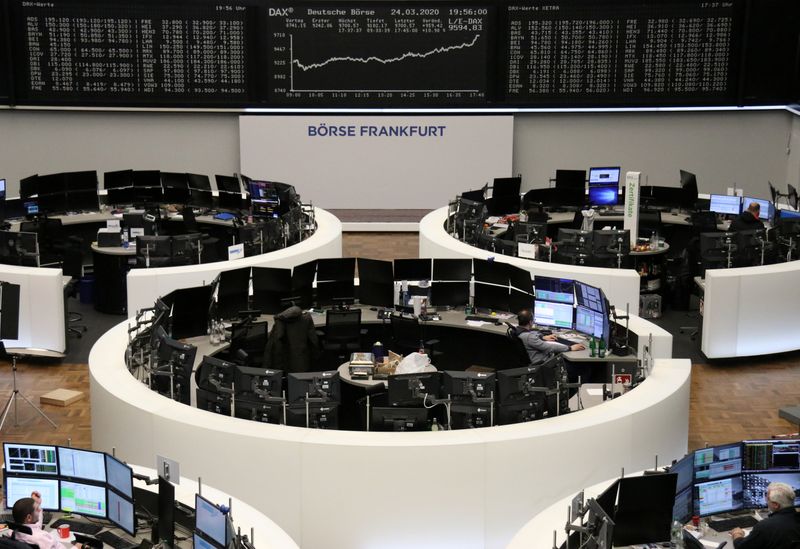 The pan-European STOXX 600 index (STOXX) was up 2.1% at 0804 GMT, with energy (SXEP), industrials (SXNP), financials (SXFP) and miners (SXPP) leading gains for a second straight day.

The benchmark index has now recovered its losses from mid March on the back of extraordinary fiscal and monetary stimulus from Europe and the United States. On Wednesday, U.S. officials agreed on a whopping $2 trillion stimulus package.

Still, the European bourse is down more than 25% from its record high last month in the biggest rout since the financial crisis, with another global recession looming in the face of a collapse in business activity in March.

German conglomerate Thyssenkrupp (DE:TKAG) rose 12.6% after saying it would cut 3,000 jobs at its steel unit by 2026, with no forced layoffs until March 31, 2026, as part of a wage deal struck with powerful labor union IG Metall.