Home
Stocks
Coronavirus update: 438,749 cases, 19,675 deaths, and New York rate of infection is accelerating
Prev Article Next Article
This post was originally published on this site 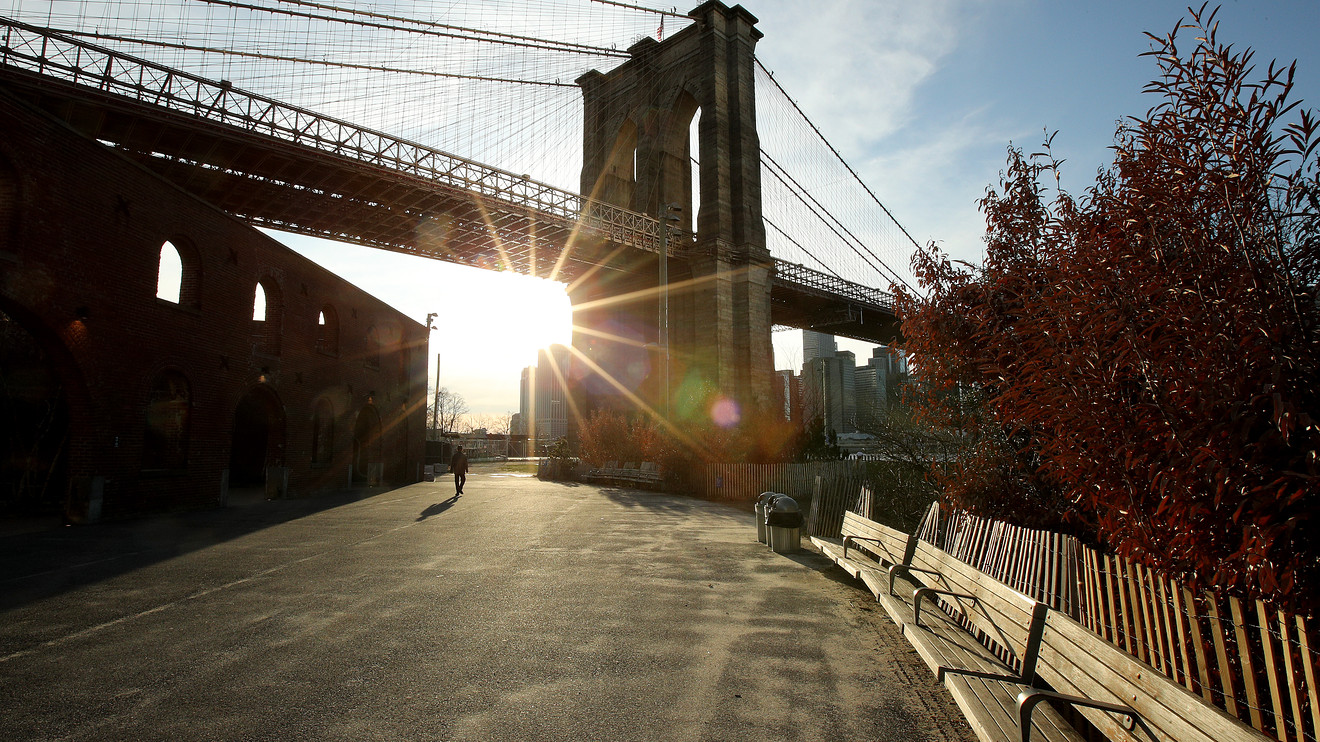 The number of cases of the coronavirus that causes COVID-19 continued to spread on Wednesday, as New York Gov. Andrew Cuomo issued a dire warning that the pace of infection in New York state is doubling every three days and again urged the federal government to take action.

“We were looking at a freight train coming across the country. We are now looking at a bullet train,” Cuomo told reporters.

Vice President Mike Pence and Dr. Deborah Birx, two key members of the White House Task Force created to address the pandemic, called on people who have recently been in and left New York City to self-isolate for 14 days. Florida mandated that all travelers arriving from New York state, as well as New Jersey and Connecticut, self-quarantine for two weeks.

In Europe, Italy remains the epicenter of the outbreak with numbers showing a disappointing pickup in infections after an apparent slowdown earlier in the week. From the U.K., comes the news that Prince Charles, heir to the throne, has been infected.

In Asia, India became the latest country to order its citizens to stay at home, locking down 1.3 billion people. In Mexico, President Andrés Manuel López Obrador continues to draw criticism for his insistence that life should go on as normal. And in Brazil, far-right president, Jair Bolsonaro also continued to play down the risks, leaving Rio de Janeiro and São Paulo to quarantine themselves in a bid to stop the spread.

There are now at least 438,749 cases of the illness and at least 19,675 people have died, according to the latest data from the Johns Hopkins Whiting School of Engineering’s Centers for Systems Science and Engineering. At least 111,895 people have already recovered.

Italy has 69,176 cases and 6,820 people have died (Italy’s numbers have not updated since Tuesday). In Spain, there are at least 47,610 cases and 3,434 people have died. That means that more people have died in Italy and Spain than in China, where the outbreak is believed to have started late last year in the city of Wuhan.

China has 81,661 cases and 3,285 deaths, according to Johns Hopkins data. China reported 47 new cases overnight, but none in Wuhan.

Read: Bill Gates on Trump call for quick end to lockdown: It’s tough to tell people ‘keep going to restaurants, go buy new houses, ignore that pile of bodies over in the corner’

The U.S. Senate agreed on a stimulus package worth about $2 trillion in the early hours. The bill includes provisions to extend bridge loans to companies, boost the duration and size of unemployment benefits and provide tax rebates, among other features.

The Senate is due to reconvene at noon Eastern. The bill is expected to easily clear the Senate and then move to the House of Representatives, which will try to pass it by a procedure called unanimous consent. If any House member were to object, the full House would have to convene, no easy feat given that most lawmakers are back in their home districts.

Vice President Mike Pence said that Apple Inc. AAPL, +3.32%  has donated 9 million N95 face masks to health-care workers, as companies continue to step up to help address the shortage of vital protective equipment. Facebook Inc. FB, -1.76% donated its stockpile of 720,000 face masks. The two Silicon Valley giants had built those supplies for their own employees following years of dangerous wildfires in California.

Pence thanked them, along with Ford Motor Co. F, +12.83%, 3M Co. MMM, -1.02%  and McDonald’s Co. MCD, +1.93%, for their generosity. The former two are working together to make personal protection equipment and respirators, while General Electric Co. GE, +4.71%   and Ford are collaborating to make ventilators. McDonald’s has been providing food to health care workers. Read more about Ford, 3M and GE collaborations.

Companies, meanwhile, continue to announce cost cuts, to pull guidance, to announce cuts to executive pay and to tap credit lines. Equity analysts are still updating individual stocks, despite the enormous stress and uncertainty the virus is creating.

Here’s what companies are saying about COVID-19:

• Dick’s Sporting Goods Inc. DKS, +5.52% is suspending its stock repurchases and evaluating its dividend program. The sporting goods retailer said it will pay its regular quarterly dividend of 31.25 cents a share on March 27, to shareholders of record on March 20. Starting March 29, Chairman Edward Stack and Chief Executive Lauren Hobart will receive no salary, and Chief Financial Officer Lee Belitsky’s base salary will be halved. The company temporarily reduced the salaries of other senior managers, as well as salaried employees, while retainer fees for the board of directors have been suspended.

• Omnicom Group Inc. OMC, +5.98% expects the virus to hurt revenue, although it cautioned that it’s too early to estimate the magnitude of the hit. “We have a diversified portfolio of businesses, geographies and clients, some of which will be impacted more significantly than others,” the advertising company said in a statement. The company is focusing on preserving liquidity, most of which derives from operating cash flow, cash and cash equivalents and short-term investments. The company $4.3 billion at year-end and has six tranches of bonds of about $5.1 billion that mature between 2022 and 2031.

• Texas Roadhouse Inc. TXRH, +0.33%  said Chief Executive W. Kent Taylor has agreed to forgo his base salary and bonus from the pay period starting March 18 through Jan. 7, 2021, with the money to be used to pay front-line workers. In a filing with the Securities and Exchange Commission, the steak house chain said it is also suspending its dividend as it moves to conserve cash .

• Pentair PLC PNR, +4.41%  has experienced reduced production in several of its “key” facilities as a result of the COVID-19-related “shelter-in-place” orders. The clean water company is withdrawing previously provided first-quarter and 2020 financial guidance and taking steps to cut costs and manage working capital.

• Gartner Inc. IT, -3.82% has canceled or postponed all conferences scheduled for April through August 2020. The research and advisory company said it estimates it will take a $158 million hit to revenue in the second quarter and $22 million hit in the third quarter as a result of the cancellations and postponements. The company said it was implementing several cost-cutting measures to reduce costs by at least $200 million, including reductions to travel, new hiring and capital expenditures.

• Cracker Barrel Old Country Store Inc. CBRL, +4.53% will take a fiscal third-quarter charge of $133 million from the foreclosure of Punch Bowl Social, a food, beverage and entertainment chain. Cracker Barrel took a 58.6% stake in PBS Holdco in July 2019. Cracker Barrel will focus on its core business, which includes 664 Cracker Barrel restaurants and 28 Maple Street Biscuit Company locations, operating as take-out and delivery-only establishments. The company has drawn down the remainder of its $950 million credit facility, about $490 million, which will be added to the $400 million in cash on its balance sheet as of March 24. Cracker Barrel is suspending its dividend payment and halting stock buybacks.

• Clear Channel Outdoor Holdings Inc. CCO, -12.54% is drawing down $150 million of its revolving credit facility as it works to preserve cash on its balance sheet. The outdoor ad company had about $399 million in cash at end December, including $38 million from Clear Media Limited, an indirect, non-wholly owned subsidiary based in China. “Together with the $150 million in proceeds received from the draw down on the revolving credit facility, Clear Channel’s pro forma cash position on its balance sheet would have been approximately $549 million,” the company said.

• Facebook Inc.’s US:FB business is being “adversely affected” by the COVID-19 pandemic as traffic has spiked and ad revenue has weakened. The company said on the one hand its messaging products and other services are seeing increased traffic, but it does not generate revenue from many of the services that are seeing more use. Ad revenue is weakening in countries taking aggressive actions to reduce the virus’ spread. The countries hardest hit are seeing messaging increase by more than 50%, and a doubling in voice and video calling on its various messaging apps.

• Whirlpool Corp. WHR, -0.99% is cutting production at its U.S. factories and withdrawing guidance for the year on “additional disruptions” in supplies wreaked by the ongoing government-mandated shutdowns worldwide. The appliance maker is temporarily halting operations at its plants in Italy and cutting down capacity at a factory in Brazil. In Asia, it will halt operations at manufacturing and warehousing facilities in India, while its China production “is now back to near full capacity.”