Home
Market
Chinese consumers urged to splurge as economy begins path to normality
Prev Article Next Article
This post was originally published on this sitehttps://i-invdn-com.akamaized.net/trkd-images/LYNXMPEG2O0FR_L.jpg 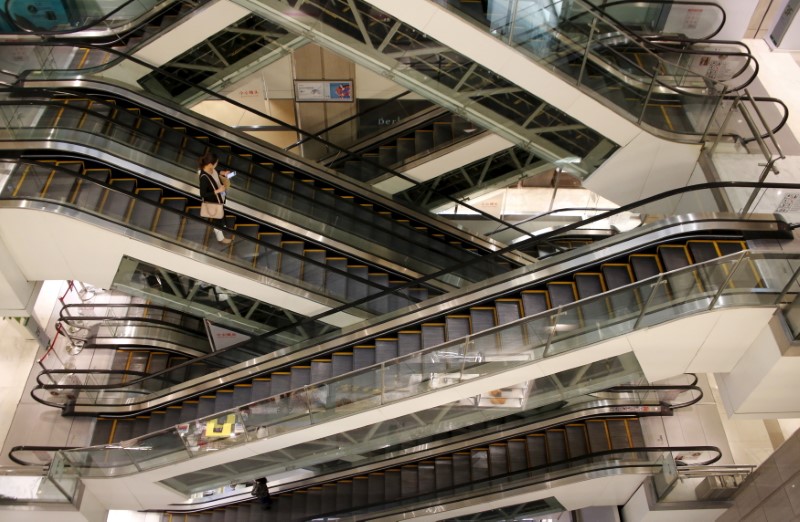 JD.com Inc (O:JD) said from Thursday it will give out 1.5 billion yuan ($212 million) worth of coupons for branded goods in categories including electronics.

Even the railway authority will from Wednesday cut ticket prices by as much as 45%, while local governments such as those of Hebei, Zhejiang and Guangxi provinces are giving out vouchers for tourist attractions, cinemas and shops.

“We’ve launched some discounted set offers to consumers in recent days, hoping to help consumers getting back to their normal life,” a Pacific Coffee chain spokeswoman said, referring to a coffee-and-bun deal priced as low as 20 yuan ($2.83).

The promotions reflect concern that the outbreak has depressed consumer appetite and could have a lingering impact, even as the number of new locally transmitted cases has dropped.

About 500 cinemas reopened over the weekend after being shut for almost two months but took in just 30,000 yuan ($4,245) on Saturday, local media reported.

Retail sales in the world’s second-largest economy shrank by a fifth in January-February from the same period a year earlier, government data showed, during which time China began taking dramatic measures to curb the spread of the virus, shutting transport links and asking millions of people to stay home.

The government has loosened restrictions in recent weeks which is encouraging consumers to venture back into malls and restaurants, albeit amid concerns over job security and potential wage cuts brought about by a struggling economy.

“Trade, tourism catering and other services not only help to prop up an economy’s growth, but also embody a city’s vitality,” financial magazine Yicai reported Zhang Jinghua, party secretary of Nanjing, as saying in early March, days before the eastern Chinese city announced it would give away 318 million yuan worth of shopping coupons in a lottery-style scheme.

He stressed the need to grasp the balance between epidemic prevention and rehabilitation and to create a safe and secure consumer environment. The city later said it believed its move boost consumption by nearly 10 million yuan in five days.