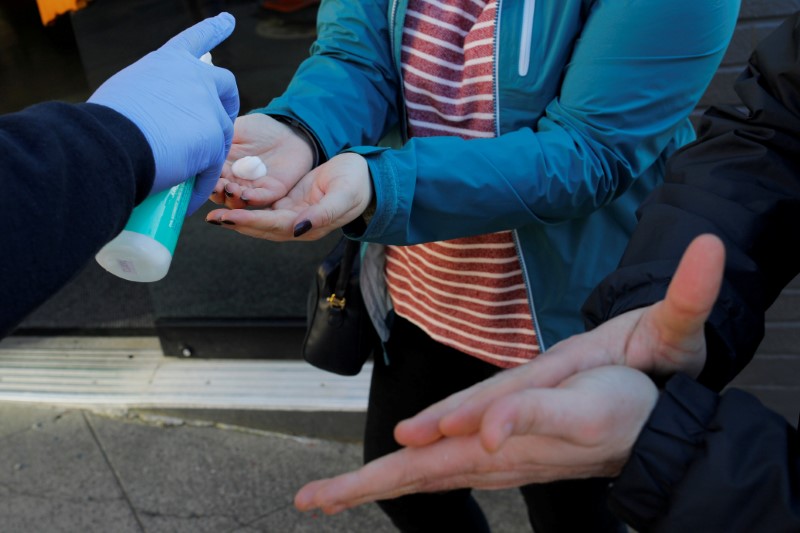 (Reuters) – Cannabis sales are touching new highs as customers across the United States and Canada stockpile weed to prepare for long spells of isolation because of the coronavirus pandemic.

Between March 16 and March 22, sales of recreational cannabis across key U.S. markets, including California, Colorado, Oregon and Alaska, were up 50% and medical marijuana sales rose 41% from the same period last year, figures obtained from cannabis point of sale and data platform Flowhub show.

Several U.S. states and Canadian provinces have taken steps to curb the fast-spreading coronavirus by issuing stay at home orders, restricting business operations, or closing down borders as death toll in both countries approaches 600.

While many businesses have been ordered shut, cannabis stores have been listed as essential services and allowed to remain open.

In Ontario, Canada’s most populous province, online sales on the government-run Ontario Cannabis Store’s (OCS) website have soared over the last two weeks, OCS director of communications Daffyd Roderick, said. For example, last weekend’s orders were more than twice as high as only two weeks ago.

In Nova Scotia, which on Sunday became the latest province to declare coronavirus emergency, cannabis sales spiked 76% last week, according to the province’s liquor commission, which controls sales of cannabis there.

“We have seen stockpiling in Canada by consumers who have snapped up products from LPs (licensed producers).”

The surge in demand may offer pot producers a welcome respite after investors sold off cannabis stocks throughout much of last year as profits in the sector remained elusive.

Jamie Pearson, CEO of California-based Bhang Inc , which makes cannabis-infused beverages, chocolates and other products, said sales were booming and should boost revenue and profits this quarter.

Pearson said edibles such as gummies, brownies, and chocolates, were most popular, probably because they were easier to store and eat, even with gloves on.

Still, Titus and others recommended caution, saying the long-awaited reversal of fortune could prove not much more than a short-lived relief.

“The cannabis industry is showing itself to be recession-proof but at times like this, it’s important to understand that the spike in consumer demand is probably not going to last long,” Avis Bulbulyan, CEO of cannabis consulting firm Siva Enterprises, said.