Home
Market
How a Texas oil CEO's luxury land deals cost him his job
Prev Article Next Article
This post was originally published on this sitehttps://i-invdn-com.akamaized.net/trkd-images/LYNXMPEG2I0QL_L.jpg 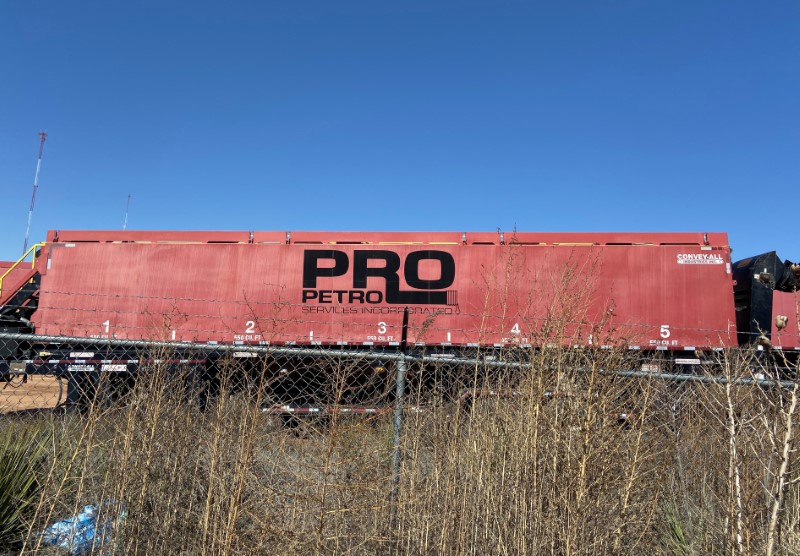 The indulgence fit the lifestyle of a Texas oil tycoon, but the way Redman secured the deal was among a series of missteps that cost him his job. The CEO pledged 230,000 shares of his ProPetro Holding Corp. stock as collateral on the $24.8 million ranch loan – without telling investors – a move the company said violated his agreement to safeguard shareholders as it disclosed Redman’s resignation on Monday.

Redman’s ouster came less than three weeks after Reuters sent a letter to Redman and ProPetro directors seeking comment on the ranch loan and other aspects of the CEO’s financial affairs.

A Reuters examination shows how the self-made oil magnate created myriad conflicts of interest by entangling his personal business interests with those of the company that paid him $15.6 million from 2016 to 2018.

The Reuters findings – based on company documents and interviews with about two dozen former ProPetro employees, law enforcement officials, and vendors – included at least four deals in which ProPetro had awarded business to private ventures owned by Redman. ProPetro also employed three close relatives of Redman and two other executives in highly paid senior positions. Redman also secured a second loan for another ranch by using company stock as collateral, an arrangement that can send a company’s stock value down if an executive is forced to liquidate shares to pay back a loan.

Corporate governance experts said that such practices, while not illegal, are rare at public companies because they create conflicts of interest between executives and the shareholders they serve.

Redman and a ProPetro spokesperson declined to comment on the issues raised in the Feb. 26 letter from Reuters or on Redman’s resignation.

Reuters reported in October that the SEC was investigating alleged financial irregularities at ProPetro. Since then, the firm’s shares (N:) have dropped about $9 to $1.5, and the company has delayed filing financial reports with the SEC as it confirms the accuracy of its accounting. The company said this week that it had previously made inaccurate filings because of Redman’s failure to disclose that he used shares for loan collateral.

Redman in January sold his Whitehead Ranch and last year put his private jet on the market, according to aviation and real estate sales websites. He also faces investor lawsuits over allegations that he and other ProPetro executives improperly enriched themselves and distributed false information to shareholders.

SAND, LAND, AND A JET

ProPetro was founded in 2005 and has since grown into one of the largest fracking firms in the Permian Basin, the most prolific U.S. oilfield. The company generated $1.7 billion in sales in 2018, growing rapidly by fracking wells for top U.S. shale producers such as Exxon Mobil (N:) and Diamondback Energy Inc (O:).

Fracking work involves pumping water, chemicals and sand into underground rock formations at high pressure to break up rocks and free deposits of oil and gas inside.

In 2018, ProPetro bought about $10 million worth of sand from a company that mined it on land leased from a firm in which Redman owned a 44% stake, according to a ProPetro SEC filing at the time. The deal netted Redman about $300,000 in royalties, according to the filing.

ProPetro said in the filing that its audit committee had authorized the sand supply deal without Redman’s involvement.

A Reuters examination of other public records revealed that the sand-mining company was named Covia Holdings Corp. (N:), and the oil exploration and production company that leased Covia the land was Redman’s Red Hogg LLC.

One of the members of the ProPetro audit committee that approved the deal was director Alan E. Douglas, who had served as an accountant for Red Hogg, according to a Texas business filings.

Covia employees who were aware of Redman’s involvement in Red Hogg privately expressed reservations about the conflict of interest inherent in the sand supply deal, a former Covia employee said, because it generated income for Redman.

Smith and representatives of South Midkiff did not respond to requests for comment.

Another Redman-owned company, PD Properties, also made $192,000 in 2017 by renting oilfield equipment to ProPetro, and received $72,000 annually in rent for the firm’s corporate offices under a five-year deal, according to a 2019 proxy filing.

Redman also rented out his private jet to ProPetro for business trips, receiving nearly $400,000 in 2018 and at least $451,278 in the prior two years combined, ProPetro SEC filings show.

The company did not disclose the purpose of the trips and did not specify who traveled on Redman’s Learjet. Before ProPetro went public, Redman used his plane at least once to reward an oilfield crew by flying them to New Orleans to watch a Saints football game, said a former employee who went on the trip.

While the jet rental payments were disclosed to investors, corporate governance experts called the practice problematic because it raised questions about whether the company had paid market rates.

Relatives of Redman and his business partners were employed in high-paying jobs at ProPetro, according to a Reuters review of ProPetro filings.

Redman’s son-in-law, for example, worked in sales for ProPetro, and brought home $530,500 in 2018. Former CFO Smith’s daughter was the controller, and pulled in $338,800. And the son of the chief operating officer, David Sledge, was its head of investor relations, with compensation of $717,000, according to ProPetro filings.

The executives and their relatives did not respond to requests for comment made through ProPetro.

In the middle of last year, ProPetro said in an SEC filing it had begun an internal audit of financial controls. Since then many top executives and directors have left or been demoted. On Monday, ProPetro said Redman had resigned and was being replaced as CEO by Phillip Gobe, who had served as an executive and director at several other energy companies, including shale producer Pioneer Natural Resources (N:).

Redman started buying ranch land around the time the company went public. State records and bank filings show Redman, beginning in mid-2017, put up as many as 601,200 ProPetro shares – worth more than $8 million at the time – as collateral for two separate loans. The shares accounted for 35% of Redman’s holdings in ProPetro.

In the first such deal, with Vista Bank in May 2017, Redman put up 371,200 shares, according to Uniform Commercial Code filings with the Texas Secretary of State.

The documents did not make clear the loan amount or purpose. But in January 2017, Redman purchased the Preston Ranch in Menard County, Texas, according to local real estate records. The local tax assessor appraised the property at $10.4 million.

A year and a half later, Redman purchased the Whitehead Ranch, after borrowing $24.8 million from West Texas National Bank. That deal was revised to remove the ProPetro shares as collateral two months later, according to the filings.

Redman still owns Preston Ranch, according to county real estate records. But he sold the Whitehead property in January, after advertising it at $30 million.

“The turkey hunting has been called ‘second to none’,” according to the real estate listing, which described the property as “The Queen of the Texas Hill Country.”