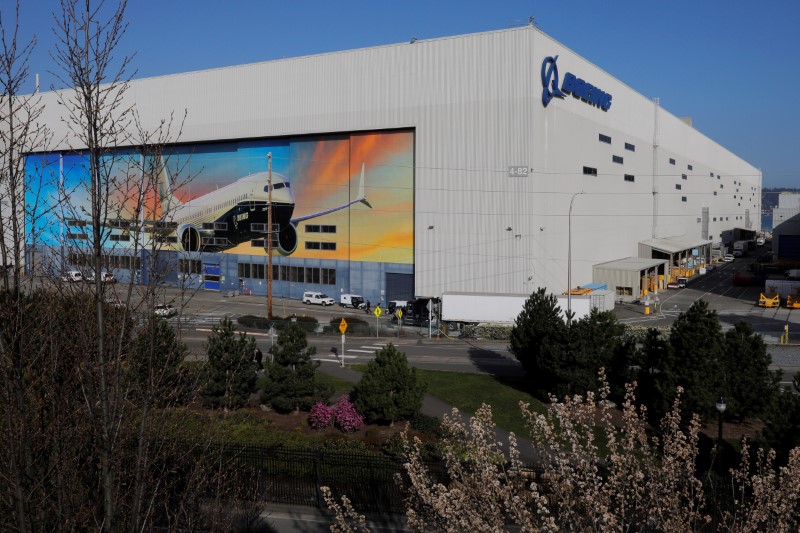 WASHINGTON (Reuters) – As the coronavirus outbreak threatens to bring U.S. economic activity to a grinding halt, American businesses are jockeying for a financial lifeline from the administration of President Donald Trump.

The below have asked Washington, D.C., or state lawmakers for aid to offset the economic fallout of the coronavirus.

A U.S. restaurant trade group on Wednesday asked the White House and Congressional leaders for a $455 billion aid package, saying that the industry could shed nearly half of its 15.6 million jobs and at least a quarter of its annual sales because of the coronavirus outbreak.

The group, the Washington, D.C.-based National Restaurant Association, said restaurants could take a $225 billion sales hit in the next three months, a quarter of their projected total sales of $899 billion.

American hotel and travel industry executives met with Trump on Tuesday to discuss a potential $250 billion aid package, as thousands of hotel workers began furloughs due to the fast-spreading coronavirus.

The requested package would consist of $150 billion in direct aid for the hotel sector and $100 billion for related travel companies, including convention businesses, industry executives said on a call after the meeting with Trump, who made his fortune in real estate and hotels.

The U.S. Conference of Mayors has asked Congress for $250 billion in localized aid to help cities stop the spread of the coronavirus, including through resources for public health departments, supporting small businesses and addressing food insecurity, according to a statement on their website.

Boeing Co (N:) on Tuesday called for a $60 billion bailout in access to public and private liquidity, including loan guarantees, for the struggling U.S. aerospace manufacturing industry, which faces huge losses from the coronavirus pandemic.

The U.S. planemaker has told lawmakers it needs significant government support to meet liquidity needs and it cannot raise that in current market conditions, people briefed on the matter said.

Major U.S. airlines sought a government bailout of more than $50 billion in the wake of the steep falloff in U.S. travel demand sparked by the coronavirus outbreak.

Airlines for America, the trade group representing American Airlines (O:), United Airlines Inc (O:), Delta Air Lines Inc (N:), Southwest Airlines Co (N:) and others, said the industry needs $25 billion in grants, $25 billion in loans and significant tax relief to survive. They also seek tax relief that could be worth tens of billions of dollars through the end of at least 2021.

They also seek a package of $8 billion, equally divided in grants and loans for cargo carriers.

The Native American gaming industry on Tuesday requested $18 billion in U.S. federal aid as it shut casinos that are the sole source of commercial revenue for dozens of tribes in a bid to slow the coronavirus epidemic.

Tribal governments will be unable to provide health and education services and will default on loans unless they get federal support to make up for lost casino money, the National Indian Gaming Association said in a letter to members of the U.S. House of Representatives.

The United States’ roughly 460 Indian casinos are in the process of closing given the threat of coronavirus to tribal members and many non-Native American employees.

U.S. airports are seeking $10 billion in U.S. government assistance to help offset losses incurred by the sharp drop in travel due to coronavirus, two people briefed on the matter said.

U.S. railroad Amtrak said on Monday that the passenger rail service and its state partners need $1 billion in government assistance after a dramatic decline in travel because of the coronavirus outbreak. Amtrak said bookings had plunged 50% since the outbreak.

The Tennessee Distillers Guild on Tuesday asked the state’s governor and legislature for relief to offset the blow from suspending tours, cancelling large events and ceasing production due to the coronavirus, the guild said in a statement on their website.

The guild asked for immediate temporary relief for distilling, brewing and hospitality industries from payroll, gallonage and liquor by the drink taxes, though it did not specify how much aid it sought.