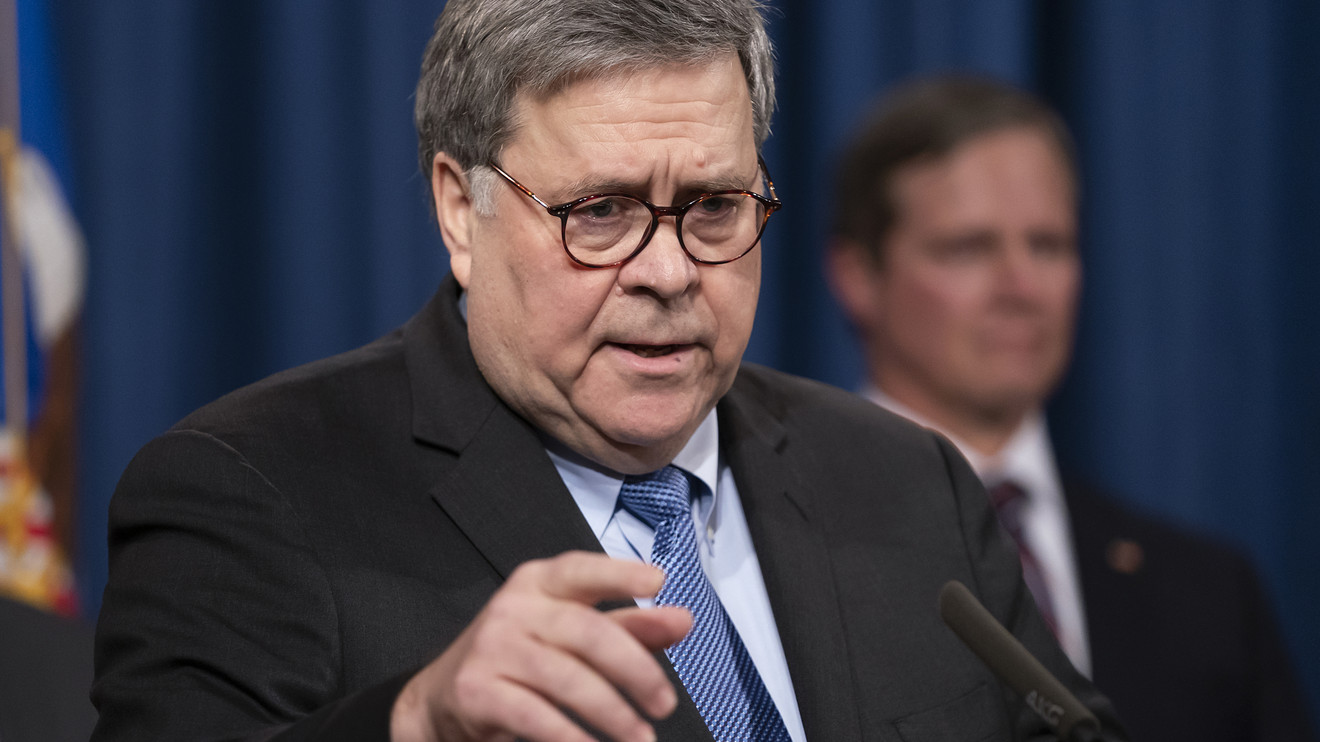 An organization representing employees of the U.S. Department of Justice has urged Attorney General William Barr to allow staff to work from home following reports that the coronavirus was detected in two workers at an agency office building in Washington, D.C.

“The Justice Department has not sufficiently addressed community spread in the Washington, D.C., Liberty Square Building, where two workers were diagnosed presumptive positive for COVID-19,” said a March 13 letter addressed to Barr and posted to the website of the Department of Justice Gender Equality Network, an employee organization citing 21 board members with email addresses in the usdoj.gov domain.

According to an agency staff member, who didn’t want to be identified because of a Department of Justice policy banning unauthorized comments to the press, staff are allowed to work at home if they had previously been certified to telecommute, or if there were a particular reason they were susceptible to coronavirus infection.

“I think that’s an example of how reckless the Department of Justice has been in protecting federal employees from the virus,” said the staff member.

The Department of Justice has not responded to telephone and email messages requesting comment. Presumptive positive means that the virus has been detected in tests by local health officials but not confirmed by the Centers for Disease Control and Prevention in Atlanta.

The department assured staff on Friday that it had “ensured buildings remain as clean as possible,” according to an email shared with staff and reviewed by MarketWatch. The email urged staff to take such precautions as “social distancing” against contamination.

“Although the Department cleaned select floors of the building after learning of each case, sanitizing some spaces will not prevent the spread of the virus when non-symptomatic workers return and contaminate them,” the letter to Barr said.

According to a Department of Justice Antitrust Division plan for maintaining operations during a pandemic, for events where a disease epidemic has “spread throughout the United States,” the agency should implement “social distancing and other preventative programs.”

George Rutherford, a professor of epidemiology at the University of California San Francisco, said that, while telecommuting is preferable for reducing contamination, it’s not practical for all workplaces. “If you have the kind of job where you could go home, we would encourage you to do that. But I imagine there could be security issues that could trump that,” he said. “The employer has to make the call about whether it’s reasonable.”

Eleanor Laise and Matt Smith write for MarketWatch and Barron’s Group. Laise is based in Washington and Smith in San Francisco.