Home
Market
India Halts Trading for First Time Since 2009, Rupee at New Low
Prev Article Next Article
This post was originally published on this sitehttps://i-invdn-com.akamaized.net/content/pic293f134fe768c5aac43963e7e526d98e.jpg 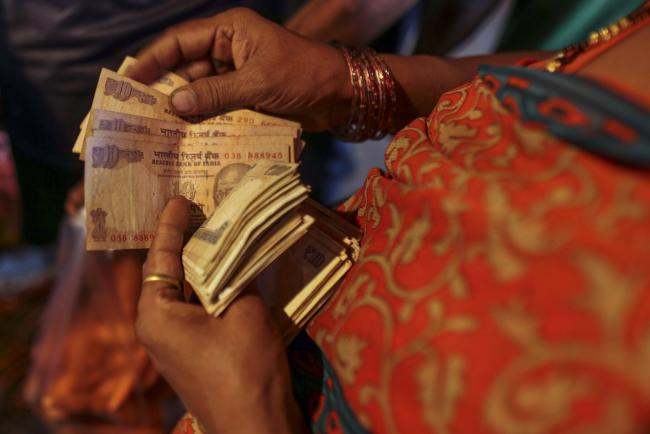 (Bloomberg) — India halted stock trading as benchmark indexes plunged at the open, and the rupee weakened to a record low as concerns about the virus threatening global economic growth spurred foreigners to cut their holdings of local assets.

“There’s a global re-pricing of risk and India’s getting swept up in that wave,” said Rainer Michael Preiss, equity chief investment officer at the Global CIO Office in Singapore.

Stocks tumbled across Asia after the worst Wall Street session since 1987, with investors spooked that emergency fiscal and monetary packages won’t be enough to stave off a recession. The slide triggered trading halts in Thailand, Indonesia and South Korea. Indian equities entered a bear market on Thursday as foreigners pulled $2.7 billion from the country’s equities this month.

The slump in stocks and the currency threatens to hurt the nation’s already fragile economy that’s expanding at the slowest pace in 11 years. The Reserve Bank of India’s efforts to calm the market by announcing $2 billion of the FX swaps on Thursday weren’t enough to soothe sentiments. The rupee is down 3.1% this month, the second-worst performer in Asia.

“Past lows are not a line in the sand,” and there is a risk of the rupee hitting 78 and then 80, said Vishnu Varathan, head of economics and strategy at Mizuho Bank Ltd. in Singapore. Such a big sell-off “will ignite major concerns because of the ability of such moves to exacerbate capital outflows.”

RBI said in a statement on Thursday that it is closely monitoring the global situation and “stands ready to take all necessary measures” to ensure the normal functioning of financial markets. The Indian currency has come under tremendous pressure as foreign investors unloaded $1.2 billion worth of local bonds in March so far on top of their sales of shares, data compiled by Bloomberg shows.

Sovereign bonds also tanked, with the yield on benchmark 10-year bonds surging by seven basis points to 6.30% after climbing by 11 points on Thursday.