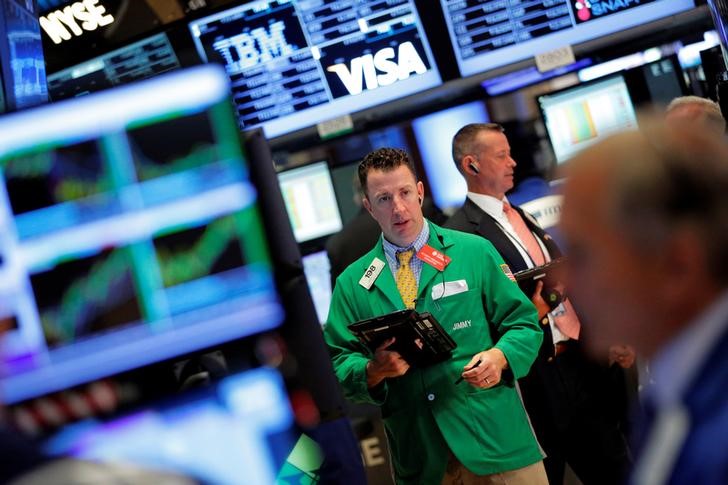 Investing.com – U.S. stock futures pointed to a bounce higher at the open on Tuesday, rebounding from a 7% slump a day earlier, as hopes for stimulus measures eased investor fears over a global recession in the face of the coronavirus epidemic.

Yields on benchmark U.S. Treasury debt more than doubled to 0.70% and those on German jumped around 20 basis points as investors pared some safe-haven holdings.

The gains came after the three major indices posted their biggest one-day percentage decline on Monday and the tumbled as much as 2,000 points, as markets went into panic mode over the expected economic fallout from the coronavirus outbreak. Market sentiment was also hit by plunging oil prices following the breakdown of a crucial global oil pact.

But signs of coordinated policy action by the world’s major economies to cushion the effects of the rapidly spreading virus eased investor nerves over the prospects of a recession.

U.S. President Donald Trump on Monday to take “major” steps to protect the economy and float the idea of a payroll tax cut with congressional Republicans.

Japan said it would spend another 430.8 billion yen ($4.1 billion) to ease the effects of the coronavirus outbreak and Italy’s deputy economy minister announced that mortgage payments would be suspended as the country deals with the second highest number of cases outside China.

Some of the biggest global investment banks, including JP Morgan, Citi and Barclays, now expect the Federal Reserve to cut U.S. interest rates to zero in the coming months as part of a mass global move to provide some ballast and liquidity to the financial system.

–Reuters contributed to this report