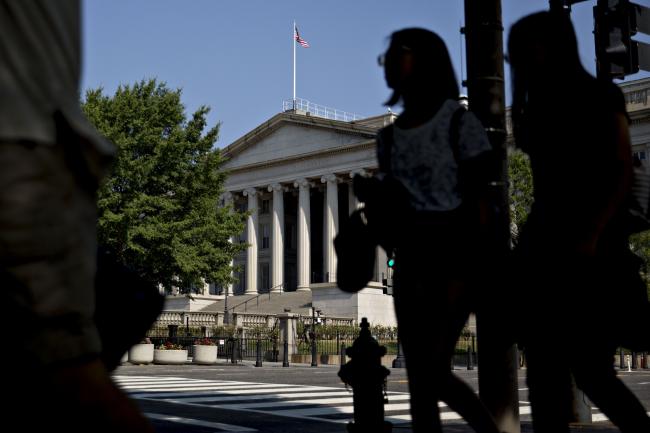 The cratering in benchmark Treasury yields since late January, sparked by fears over the coronavirus and now the bear market in oil, took 10-year rates as low as 0.31% Monday. That was less than a week after they fell below 1% for the first time. Yields on investment grade U.S. corporate debt have also hit record lows.

For the moment, the bond rally means big mark-to-market gains for holders of Treasuries, U.S. agency securities and other high-grade debt in the world’s largest fixed-income market. But as existing holdings mature, and as Northeast Asian economies look to deploy their continuing current-account surpluses, there will be a much less attractive income stream.

“In the very short term, it’s an earnings boost. The problems come in three months,” said Michael Makdad, a Morningstar Inc. equity analyst in Tokyo. “I’ll need to make many adjustments” to recommendations in coming weeks, he said. “The strains are most immediate for Japanese institutions like Japan Post Bank, Norinchukin and life insurers.”

Japan Post Bank Co., which has $1.8 trillion of deposits to invest, illustrates the problem of the big repositories of aging Northeast Asians’ savings. Domestic bond yields are too low to cover the firm’s costs, estimated last year at 0.57% of its funds. Even 40-year Japanese government bonds, with 0.26% yields, would leave it on a road to bankruptcy.

That’s why the bank poured into U.S. bonds, which offered much higher rates. Ten-year Treasuries averaged 2.27% yields over the five years through 2019, for example. Japan’s Government Pension Investment Fund, the world’s biggest pension fund, and Taiwanese insurers have been among those flocking to dollar bonds in recent years.

But now they face the potential of permanently lower yields. The history of Japanese bonds suggests they don’t return to previous highs after big declines. Through cycles of Federal Reserve easing, Treasuries, too, for the past two decades have failed to get back to yields seen before the U.S. central bank started cutting rates.

“Attractive assets have virtually disappeared,” said Tsuyoshi Ueno, a senior economist at NLI Research Institute in Tokyo. “If U.S. yields stay low structurally, banks, pensions and life insurers will all be in a difficult position with their overseas securities investments.”

Those investments are mammoth. Japanese funds, including the government, had some $1.67 trillion of long-term holdings of Treasuries and agency and corporate bonds as of the latest U.S. Treasury data. Taiwan had $580 billion.

The issue isn’t confined to Asia: institutional investors around the world that need to use long-dated assets to match their liabilities have sought the relatively healthy yields on offer in U.S. debt. European investors who have coped with negative yields on bonds for years now may need to account for risks of any similar move in the U.S.

Even with the rally, U.S. yields for now remain above those in Japan and Taiwan, suggesting that flows to the American market will be sustained.

“There seems to be little choice but to continue to buy Treasuries,” said Eiichiro Miura, general manager in Tokyo of the fixed-income department of Nissay Asset Management Corp. Long-term money pools may also seek more investments in higher rated corporate credit, he said.

But the lower yields are bound to bite, particularly if investments are hedged for currency risk. When that cost is high, as it has been at points over the past year, it materially reduces, or eliminates returns. For Japanese investors, hedged 10-year Treasuries had a negative 0.77% yield Tuesday in Tokyo.

It all increases the incentive for many funds to look at alternative assets, such as buying into real-estate developments or private-equity, though those involve much more analysis and lead time than placing an order for bonds.

And some funds may simply need to lower return targets, according to Jennifer Kusuma, senior Asia rates strategist at Australia & New Zealand Banking Group in Singapore. For now, the bond rally may keep them going, she said.

“Further out, re-investment of coupons and investment of fresh funds would be a more challenging process,” she said.