Home
Stocks
Need to Know: ‘Choppy and frustrating’ market will force investors to hunt for stocks as veteran strategist eyes healthcare and financials
Prev Article Next Article
This post was originally published on this site

Not everyone’s a bull or a bear. 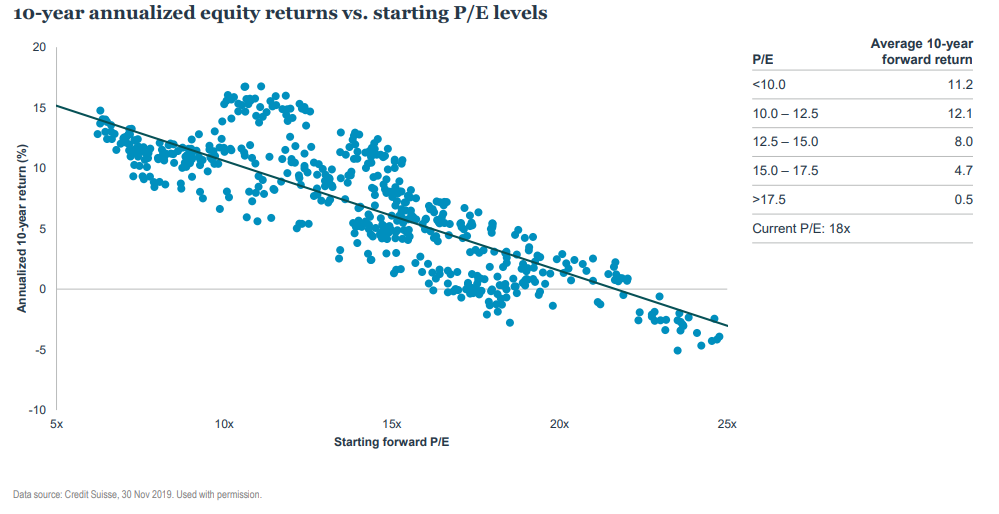 Doll, who is also well known from his days as a strategist at BlackRock and Merrill Lynch Investment Managers, doesn’t see how the market can rally meaningfully from here. “The only two things that move stocks up are better earnings, or better multiples on those earnings,” Doll says. Multiples are already high, and he says analyst expectations for 9% earnings growth this year are “a tall order.” At some point, wage pressure may follow from the low unemployment rate, which will increase costs for companies.

But Doll also doesn’t see a downturn looming. “I can’t find big downside either — we can have a big correction at any point, but big, sustained moves down in the U.S. stock market have always been associated with an economic problem called the recession, and the probability of a recession anytime soon, in my view, is pretty low,” Doll says. What he calls “massive” monetary stimulus, and overseas fiscal stimulus, should keep the U.S. economy in solid shape.

“So my view is we’re going to churn — it’s going to be choppy and frustrating,” he says.

Doll likes the health-care sector, which may get roiled by political concerns that ultimately he doesn’t expect to materialize. Cigna CI, -0.30%,  he says, is one of the cheapest health maintenance organizations, and biopharmaceutical AbbVie ABBV, -2.50%  is a cheap stock with a decent yield.

He also likes financials, even with a flat yield curve, and suggested Bank of America BAC, -0.03% and Citi C, -0.42%, or for investors who want higher-quality earnings, JPMorgan Chase JPM, -0.09%.

In technology, Dell Technologies DELL, -1.41%  is gaining market share and its price is undemanding, Doll says.

He doesn’t like companies with demanding P/Es and/or negative free cash flow, citing electric vehicle maker Tesla TSLA, +4.78%  as an example. He also thinks that once the coronavirus concerns fade, interest rates will creep higher, so he doesn’t want stocks that look like bonds, such as utilities and consumer staples.

South Park was a trending term on Twitter after an author stated the cartoon television show caused cultural damage by portraying “earnestness as the only sin.” Her comment triggered a firestorm of reaction.

In retrospect, it seems impossible to overstate the cultural damage done by SOUTH PARK, the show that portrayed earnestness as the only sin and taught that mockery is the ultimate inoculation against all criticism

President Donald Trump reportedly asked a number of questions about badgers to his former chief of staff.

Woman goes on a first date with a man — who made her an unwitting getaway driver on a bank robbery.

Nothing says Valentine’s Day quite like a coronavirus-prevention bouquet.