Home
Market
Stocks – Dow Drops 100 Points at Open on Virus Fears
Prev Article Next Article
This post was originally published on this sitehttps://i-invdn-com.akamaized.net/news/LYNXNPEB8S161_M.jpg 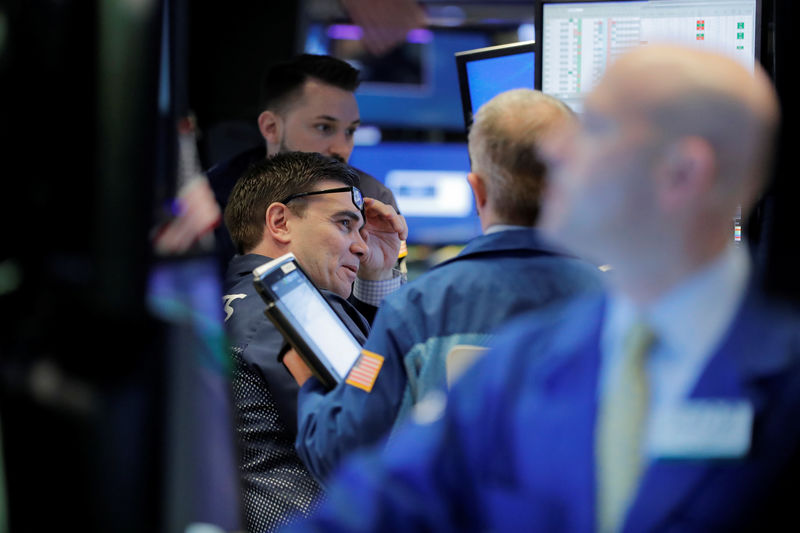 Investing.com — U.S. stocks opened lower on Thursday as market participants took money off the table in response to a sharp rise in confirmed coronavirus cases in China, which tempered earlier hopes that the disease will peak soon.

Outside of the DJIA, Tesla (NASDAQ:) stock fell 1.4% after the electric vehicle maker said it wants to sell up to $2 billion in new stock via a secondary offering.

The broad risk-off move in markets followed a decision by Chinese authorities to rejig its way of counting cases of the Covid-19 virus in such a way as to correct previous under-reporting. The Communist Party also fired its top officials responsible for the city of Wuhan and the region of Hubei, the outbreak’s epicenter.

The outbreak was indirectly behind a 6.3% drop in Cisco Systems (NASDAQ:), which warned after the closing bell on Wednesday that related macroeconomic uncertainty was likely to depress investment spending by businesses. Cisco, a maker of routers and other telecoms gear, is viewed by some a good rough proxy for business investment.

Kraft Heinz (NASDAQ:) stock was another big loser, the food group losing 7.9% after reporting a steeper drop in organic sales for the last quarter of 2019 than had been expected. Overall organic sales fell 2.2%, rather than the 0.9% forecast, while U.S. sales fell by an even sharper 2.7%.

Among the biggest gainers was e-commerce company Shopify (NYSE:), which shrugged off valuation-driven downgrades from Credit Suisse (SIX:) and others after soaring on the back of better-than-expected earnings on Wednesday.

Also making a big move up was insurance giant AIG (NYSE:), whose core underwriting business returned to profit in the fourth quarter from a $1.1 billion loss a year earlier.