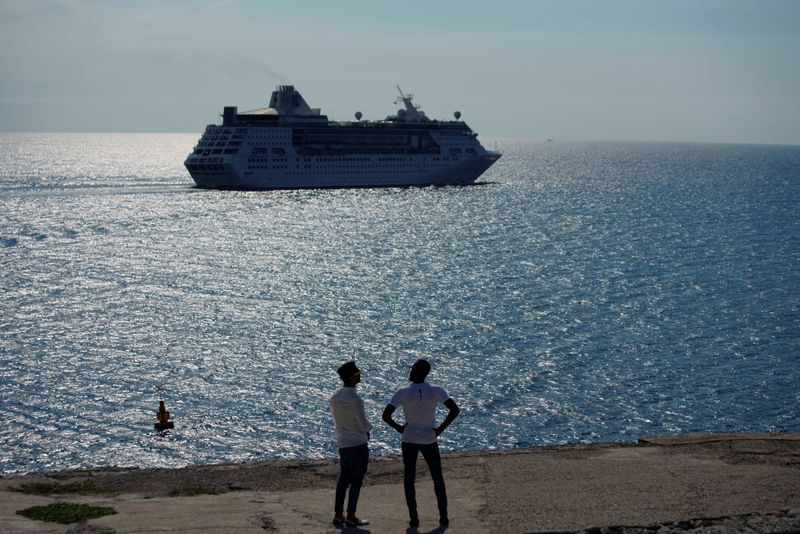 (Reuters) – Royal Caribbean Cruises Ltd (N:) on Thursday said it had canceled 18 cruises in Southeast Asia and joined larger rival Carnival Corp (N:) in warning that its full-year earnings would be hit by the coronavirus outbreak.

The epidemic, which originated in China’s Hubei province and has killed more than 1,300 people, has taken a toll on cruise operators as travel restriction and fear of the virus spreading have led to cancellations of trips to the Far East.

Last week, Royal Caribbean said it canceled eight cruises out of China through March 4 and warned of a 25 cent impact to its first quarter earnings.

Royal Caribbean had previously forecast 2020 adjusted earnings of $10.40 to $10.70 per share, which did not include the impact of the virus.

Shares of company were down 1.4% at $112 in extended trade, dragging peers Carnival Corp (N:) and Norwegian Cruise Line (N:) lower.

Earlier this week, Carnival which also suspended cruise operations at ports in China, said it expects a 55 cents to 65 cents per share impact on its 2020 earnings, if it was forced to suspend operation in the rest of Asia.