Home
Stocks
Key Words: James Carville is ‘scared to death’ the Democratic presidential hopefuls won’t fulfill their ‘one moral imperative’
Prev Article Next Article
This post was originally published on this site

James Carville’s famed Clinton-era catch phrase “It’s the economy, stupid,” was meant to serve as a constant reminder to the 1992 presidential campaign he managed to center its appeal to voters on the premise that widespread economic dissatisfaction would be remedied under the leadership of Bill Clinton.

Twenty-eight years later, with Carville again issuing impassioned appeals to Democratic hopefuls and their teams — notably, this week, in fiery interviews with MSNBC and Vox — the word stupid is back on the tip of his tongue. 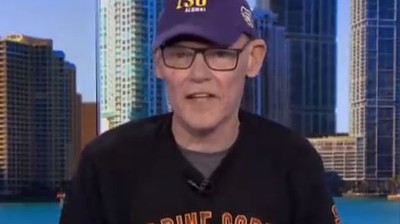 James Carville in an MSNBC appearance on Tuesday.

That’s because Democrats, he suggested, are on the verge of squandering — through poorly run campaigns or an ill-chosen candidate but, even more so, through the issues they opt to discuss and not discuss — a strong chance to knock off an incumbent who is historically unpopular outside his own party. “I am scared to death,” Carville confessed on MSNBC, decked out in the regalia of two institutions of which he is an alumnus, LSU and the Marine Corps.

Here’s why he imbues the prospective goof-ups with so such significance, even though he himself has no active role with any of the 11 currently active Democratic presidential campaigns:

‘We have one moral imperative, and that’s to beat Donald Trump.’

“We’re losing our damned minds,” he went on to aver in his conversation with Vox, recalling that the Democrats just over a year ago prevailed, with notably high turnout, in the 2018 midterms by talking “about everything we needed to talk about, and we won.”

Of concern to Carville is not only the fate of the Oval Office but that a highly progressive Democratic presidential nominee — say Bernie Sanders, the Vermont independent — would, even if successful in winning the White House, foreclose, to Carville’s mind, any hope of taking the Senate and breaking legislative stasis under Sen. Mitch McConnell’s control of that chamber. (McConnell has characterized himself as the Grim Reaper vis-à-vis Democratic legislative priorities.)

“[T]here’s no chance in hell we’ll ever win the Senate with Sanders at the top of the party defining it for the public,” Carville said, citing some of the ambitious if largely aspirational policy proposals put forth by Sanders and the party’s more progressive lawmakers.

His prescription? “We have got to be more relevant.”

From the archives (February 2019): Lindsey Graham has an answer to those asking, ‘What happened to Lindsey Graham?’ — and it’s all about being relevant

Rather than getting into the weeds of student-loan forgiveness or free college or decriminalizing illegal immigration or banning fracking, Democrats should be addressing concerns of common interest across their broad coalition: “Most of the people aren’t into all this distracting sh— about open borders and letting prisoners vote. They don’t care. They have lives to lead. They have kids. They have parents that are sick. That’s what we have to talk about. That’s all we should talk about.”

“These candidates have got to develop some skill.”

Read on: Medicare for All and party unity up for debate in New Hampshire — live blog