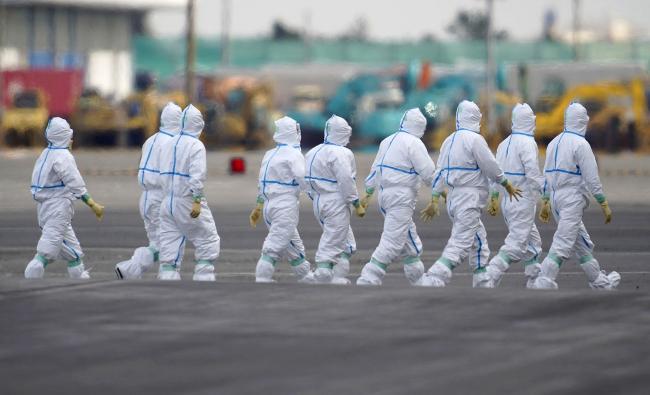 The S&P 500 Index halted a four-day rally, but remained on track for its best week since June, as automakers and other industrial companies led losses. The latest jobs report showed hiring stayed robust last month, bolstering optimism growth can persist. But stocks remained lower after reports of further infections, an increase in deaths and more quarantines.

The Federal Reserve warned the outbreak posed a “new risk” to the economy. The fallout for companies is starting to come into focus, with corporations such as Toyota Motor Corp. and Honda Motor Co. temporarily halting operations in China. Apple Inc (NASDAQ:).’s iPhone maker Foxconn told employees not to return to work when China’s extended break ends Monday.

“The market moved up so quickly over the last few days and I think papered over the continued risk associated with the coronavirus,” said Robin Anderson, senior global economist at Principal Global Investors. “There’s still a lot of unknowns out there.”

Australia’s dollar dropped to its lowest level in a decade with the fallout from the coronavirus hurting riskier assets. Equities pushed lower across most of Asia as news of further infections on a cruise ship off Japan offered another reminder that cases remain on the rise. Singapore boosted its disease response to the second-highest level, the same one for the SARS epidemic. Confirmed cases worldwide now total 31,432, having risen more than 3,000 in one day, while the death toll reached 638.

Meanwhile, the presidents of China and the U.S. reaffirmed their commitment to the implementation of a phase-one trade deal in a phone call Friday.

And these are the main moves in markets: