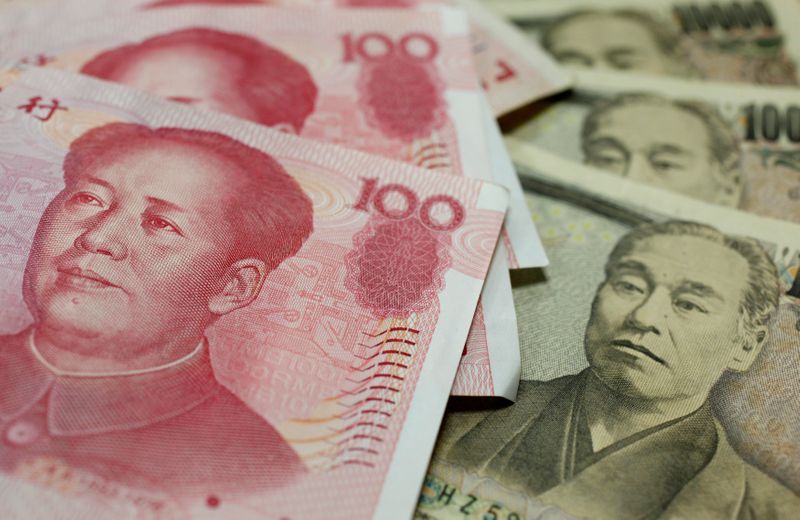 (Reuters) – Investors wary about the economic impact of the coronavirus outbreak spreading from China turned bearish on most Asian currencies and went short on the baht for the first time since May 2019, a Reuters poll showed.

Market sentiment took a sharp turn for the worse, a fortnight after investors turned long on all Asian currencies for the first time since June 2017, on concerns the new coronavirus could dent growth in China and the region.

The virus death toll in mainland China surged over the last two weeks to 563 from 17, with more than 28,000 confirmed cases.

Prospects soured for the Thai baht , Asia’s worst performing currency this year, as the fast-spreading virus weighs on the struggling economy that is heavily reliant on Chinese tourism and trade.

Thailand’s central bank unexpectedly cut its benchmark interest rate for a third time in six months on Wednesday, taking it to a record low of 1%.

The bulk of the responses from the 16 poll participants came in before the rate decision.

Rebounding into bear territory, short positions in the and the South Korean won were at their highest since mid-October 2019.

However, risk sentiment has stabilized over hopes that China’s central bank would introduce further stimulus measures to boost liquidity and stabilize the economy.

Bearish positions in the Singapore dollar outpaced that of its peers, with short bets on the currency climbing to their highest in more than five months.

The Sing dollar posted its steepest drop in two years on Wednesday after the Singapore central bank said the currency has room to weaken as the virus outbreak hits its economy though it added its current policy stance remains appropriate.

The dovish monetary policy stance has prompted investors to price in possible central bank rate cuts across the region.

Central banks in the Philippines and India are due to hold their respective policy meetings later in the day.

The poll uses estimates of net long or short positions on a scale of minus 3 to plus 3. A score of plus 3 indicates the market is significantly long U.S. dollars.

The figures include positions held through non-deliverable forwards (NDFs).