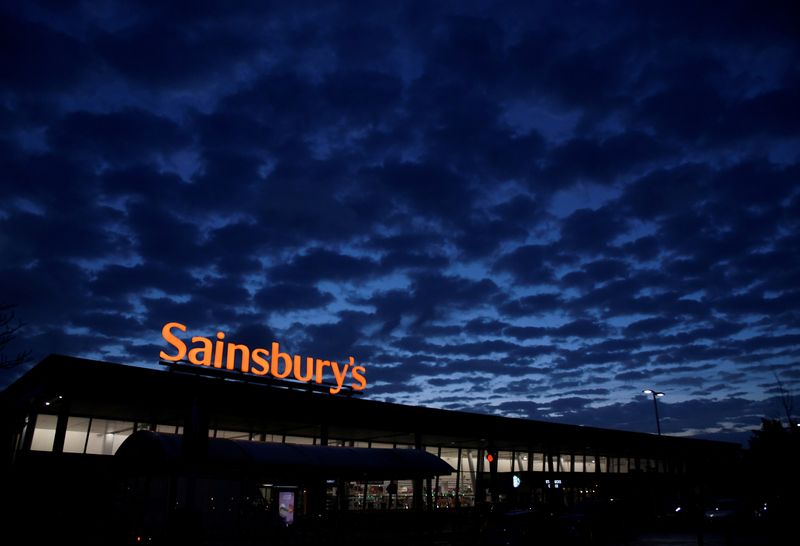 LONDON (Reuters) – Sainsbury’s (L:) committed itself on Tuesday to have net zero greenhouse gas emissions by 2040, a decade ahead of the British government’s own target which it said “isn’t soon enough”.

Britons have become increasingly aware of the urgency of addressing climate change, spurred on by climate campaigners including veteran naturalist and broadcaster David Attenborough and Swedish teen activist Greta Thunberg.

Sainsbury’s, Britain’s second-biggest supermarket group which trades from some 2,300 locations, employs 185,000 people across Britain and Ireland and has over 27 million customers each week, said it would spend 1.0 billion pounds ($1.3 billion) to hit the target.

With consumers demanding less waste and action on the environment, retailers are responding and Sainsbury’s said its focus would be on reducing carbon emissions by increasing its use of renewable energy, lowering water consumption, cutting the use of plastic, increasing recycling and tackling food waste.

“We have a duty to the communities we serve to continue to reduce the impact our business has on the environment and we are committing to reduce our own carbon emissions and become net zero by 2040 … because 2050 isn’t soon enough,” Sainsbury’s Chief Executive Mike Coupe said in a statement.

“Over the next 20 years we will…transform the way we do business and put environmental impact at the forefront of every decision we make,” he said.

Coupe steps down in May after six years as CEO and will be succeeded by retail and operations director Simon Roberts.

Sainsbury’s said its current carbon footprint is one million tonnes – a 35% absolute reduction in the last 15 years despite its space increasing by 46% over the same period. It said it has invested 260 million pounds in more than 3,000 initiatives over the last decade.

The group will work with the Carbon Trust to assess emissions and set science-based targets for reduction, publicly reporting on progress every six months.

It plans to work collaboratively with suppliers and will ask them for their own carbon reduction commitments.

Sainsbury’s latest move builds on a pledge, made in September, to halve plastic packaging by 2025 – the first UK supermarket to make a commitment of this scale.

Having reduced plastic packaging by just 1% in 2018, Sainsbury’s said a “transformational leap in thinking” was required to tackle the almost 120,000 tonnes it uses a year.

The move is part of its pledge to remove one billion pieces of plastic packaging from products in its UK stores by the end of 2020.