Home
Stocks
The Margin: Denials are flying, but it sure looks like Prince Charles snubbed Mike Pence
Prev Article Next Article
This post was originally published on this site 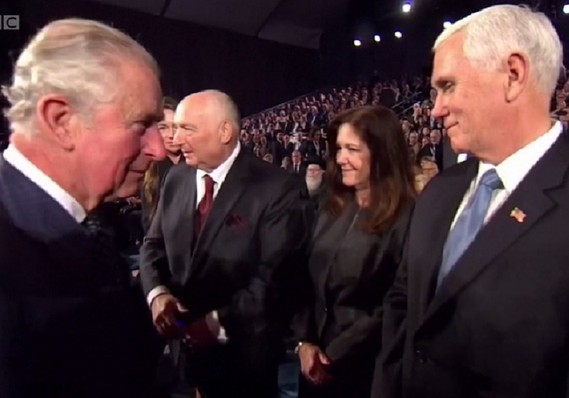 Haters of the Trump administration eat it up when world leaders diss the president, and they were once again relishing what they thought was another opportunity on Thursday to cackle at the White House’s expense.

But were they mistaken?

As you can see from this video, which has already been viewed more than a million times, it certainly looks as if Prince Charles is refusing to shake Vice President Mike Pence’s hand at the World Holocaust Forum in Jerusalem.

That’s not the case, however, according to representatives from both sides, who were pushed to react as “Prince Charles” moved to the top of Twitter’s TWTR, -0.79% trending list on Thursday.

This is not true. VP and Prince Charles spoke prior to entering the event floor and after his remarks as well. https://t.co/Qr79TN42Ax pic.twitter.com/LhsQVtHMRF

A Buckingham Palace official agreed, telling the BBC the heir-to-the-throne had a “long and warm conversation” with Pence before the ceremony.

That didn’t stop social media from having its fun, though:

Pence’s response to getting snubbed by Prince Charles is great.

Basically, “he met me in private before and after! Just not publicly!”

The VP doesn’t know he’s a side chick.