Home
Market
Tesla overtakes Volkswagen as world's second most valuable carmaker
Prev Article Next Article
This post was originally published on this sitehttps://i-invdn-com.akamaized.net/trkd-images/LYNXMPEG0M1SQ_L.jpg 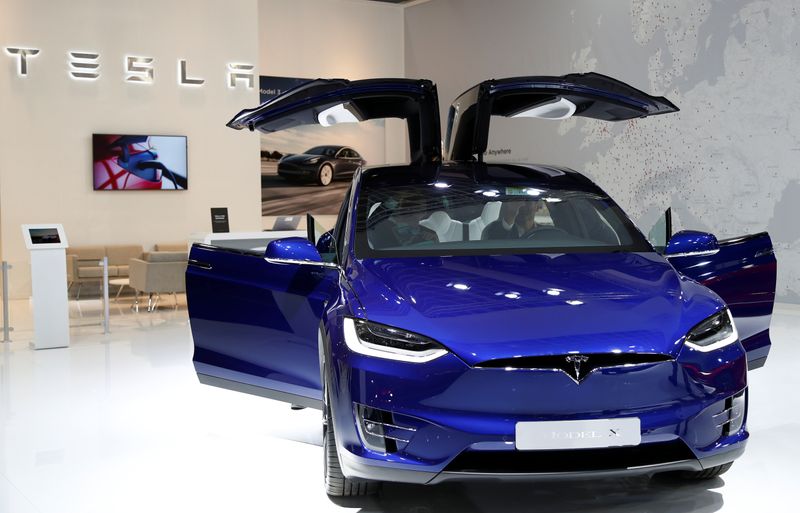 Tesla’s stock has more than doubled in value in the last three months, with its market capitalization piercing $100 billion on Wednesday, a first for a listed U.S. automaker.

The recent gains have been fueled by a surprise third-quarter profit, progress at a new factory in China and better-than-expected car deliveries in the fourth quarter.

But the gains highlight growing confidence among investors about the future of electric vehicles and Tesla’s shift from a niche car maker into a global leader in cleaner cars.

A glance at its results shows it has a long way to go before it can eclipse larger rivals.

Based on 12-month forward sales estimates, it doesn’t even appear in the top 20 in the world. The company’s sales will reach $31 billion, a slither of Toyota’s $276 billion, VW’s $283 billion and Daimler’s $191 billion, according to Refinitiv data.