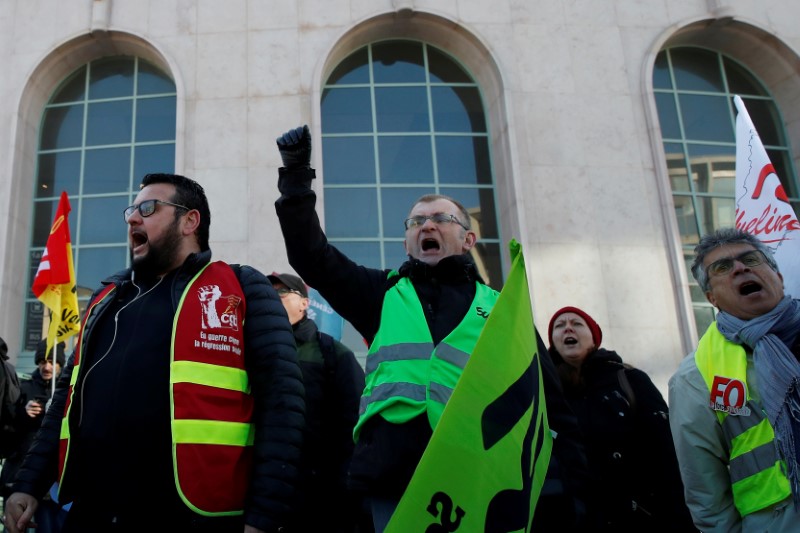 The disruption represents around 3.7% of available production capacity as of Thursday morning, data from RTE and state-controlled power group EDF (PA:) showed.

Electricity demand is forecast at around 81 GW due to cold weather. France was a net power importer during the morning peak demand period, the data showed.

President Emmanuel Macron wants to simplify and streamline France’s existing set-up of 42 different pension schemes, in a move which he argues will make the system fairer but which critics say will result in people having to work for longer.

Trade unions have led protests against the pension reforms since December, with several of the demonstrations having been marred by violence.