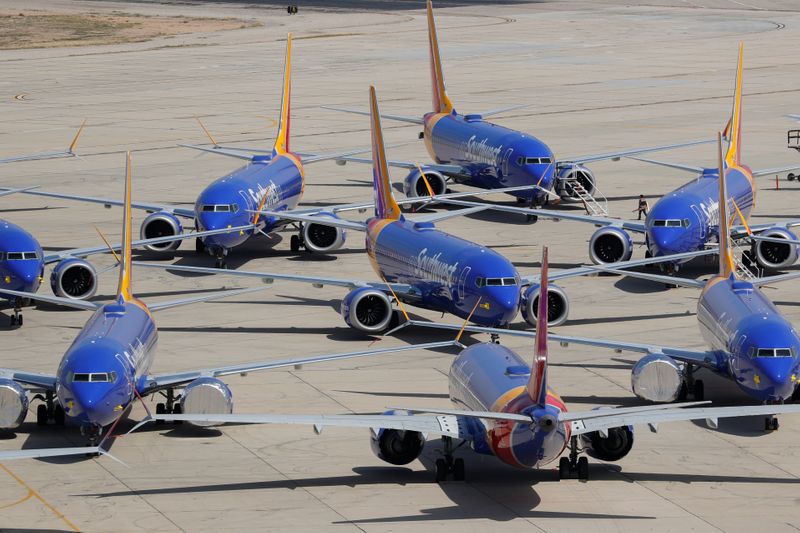 American and Southwest have had to cancel thousands of flights following a Boeing 737 MAX safety ban in March, prompted by two deadly crashes.

“Our 2019 earnings were negatively impacted by the Boeing 737 MAX being grounded for more than 7 months, bringing a lot of uncertainty and frustration to our customers, our team and our shareholders,” American Airlines CEO Doug Parker told analysts.

Excluding items, American earned $1.15 per share, above the average analyst estimate of $1.14 per share, according to IBES data from Refinitiv.

American said it expects 2020 full-year adjusted earnings between $4 and $6 per share, compared with the average analyst estimate of $5.10 per share, according to Refinitiv data.

Southwest, which as the world’s largest 737 MAX operator is among the airlines hardest hit by the global grounding, posted a 0.4% rise in revenue to $5.7 billion in the quarter.

However, it warned that unit costs excluding fuel and profit-sharing expenses are seen spiking between 6% and 8% in the current quarter as the company manages an operation built around more flights than it is now able to operate due to fleet constraints.

“The outlook continues to be negatively impacted by the grounding of the MAX,” Cowen analyst Helane Becker said.

The profit was below a Wall Street consensus forecast for $1.09 per share, mainly because Southwest said it treated a $124 million profit-sharing payment to employees that stemmed from a partial compensation agreement with Boeing last month as an operating expense while most analysts treated it as a one-time item.

Boeing said on Tuesday it does not expect to win approval for the 737 MAX to fly again until mid-year as regulators continue to scrutinize software and flight control updates and debate new pilot training requirements.