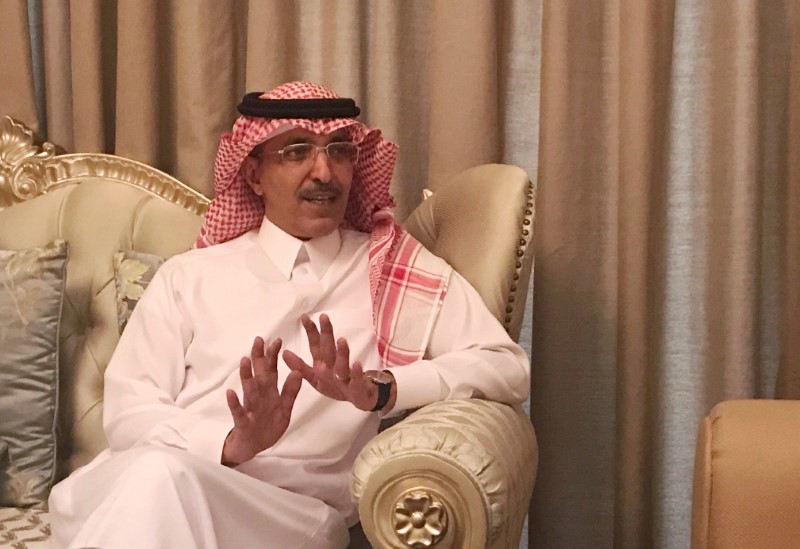 DAVOS, Switzerland (Reuters) – Saudi Arabia will pump the proceeds from last month’s listing of oil giant Saudi Aramco (SE:) into the local economy over several years, including building up the domestic defense industry amid tensions with Iran, its finance minister said on Tuesday.

Mohammed al-Jadaan told Reuters there were “serious efforts” to reduce antagonism between Washington and Tehran after a top Iranian general was killed in a U.S. air strike and Iran retaliated with missile attacks against American bases in Iraq.

“If you look at history, we in this region have managed to weather through worse geopolitical situations, including actual, real wars,” he said in an interview on the sidelines of the World Economic Forum.

“We in Saudi have to focus on the economy and reform … We firmly believe the disputes can only be resolved by dialogue.”

A string of attacks last year on tankers in Gulf waters and Saudi oil sites, including the world’s largest oil processing facility, pierced Saudi defenses and threatened to derail a reform agenda aimed at diversifying the economy away from oil.

Riyadh and Washington blame the strikes on Iran, which denies involvement but has threatened to close the Strait of Hormuz shipping channel in retaliation for sanctions placed on its crude exports by Western powers.

The United States is sending additional military forces to Saudi Arabia, and France has deployed a radar system to bolster the kingdom’s air defenses.

Even before the recent tensions, Riyadh had begun a drive to localize 50% of military spending led by Saudi Arabian Military Industries, owned by the state Public Investment Fund (PIF).

With nearly $30 billion coming into PIF coffers from Aramco’s local share offering last month, new and existing local industries, including defense and technology, will get a boost in capital, Jadaan said.

“We work with our military industry to develop our own military assets in the mid-term to deal with these risks, including investment by PIF,” he added.

The Saudi economy, the largest in the Arab world, remains dominated by hydrocarbon revenues despite plans to diversify. It has suffered in recent years because of low oil prices and austerity measures aimed at reducing a huge budget deficit.

Jadaan said he expected to see healthier oil prices in 2020 due to solid demand, reduced output and easing trade tensions.

He also predicted a smaller deficit by the end of the year than announced last month, when Riyadh said it could face a deficit of nearly $50 billion this year.

Yet the International Monetary Fund on Monday lowered its forecast for Saudi Arabia’s economic growth to 1.9% this year due to output cuts agreed last month with the OPEC+ group of oil producers. Saudi Arabia has said it expects growth of 2.3%.

“Our focus is firmly on non-oil GDP growth, with focus on tourism, entertainment, sports, technology and financial sector,” Jadaan said.

He said the presidency of the Group of 20 major economies, which Saudi Arabia assumed this year, was an important step towards resolving the region’s problems.

“It is critical the world’s attention is brought to the Middle East,” said Jadaan. “If you deal with some of the regional problems, it will be a relief for the world.”