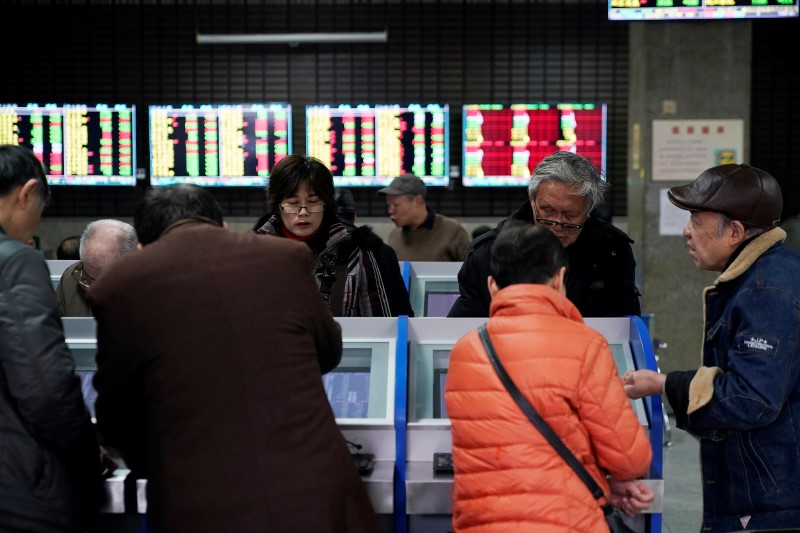 SYDNEY (Reuters) – Asian shares got off to a cautious start on Tuesday lacking any lead from Wall Street and after the IMF shaved its outlook for world growth this year, though it did offer a brighter view on China.

MSCI’s broadest index of Asia-Pacific shares outside Japan () was fractionally down 0.04%

Overnight, the International Monetary Fund trimmed its global growth forecasts, mostly due to a surprisingly sharp slowdown in India and other emerging markets, even as it said that a U.S.-China trade deal could see activity bottom out.

There was some relief U.S. President Donald Trump and French President Emmanuel Macron seemed to have struck a truce over a proposed digital tax.

The two agreed to hold off on a potential tariffs war until the end of the year, a French diplomatic source said.

Trump is due to deliver a speech at the World Economic Forum in Davos later on Tuesday, and trade and tariffs could be on the agenda.

Also due later is the outcome of the Bank of Japan’s latest policy meeting.

Richard Grace, head of international economics at Commonwealth Bank of Australia, expects no further easing in policy in part because the government has launched fresh fiscal package worth around 1% of GDP.

“Also, Japan’s 10-year government bond yield has been steadily lifting since declining to ‑29bp in late August 2019, and at 0.00%, is at a more than a twelve‑month high,” he added. “It suggests a reasonable outlook for Japan’s economy.”

With the U.S. economy still outperforming its peers, the dollar remained well supported albeit in quiet trade.

Oil prices rose to their highest in more than a week after two large crude production bases in Libya began shutting down amid a military blockade, risking reducing crude flows from the OPEC member to a trickle.