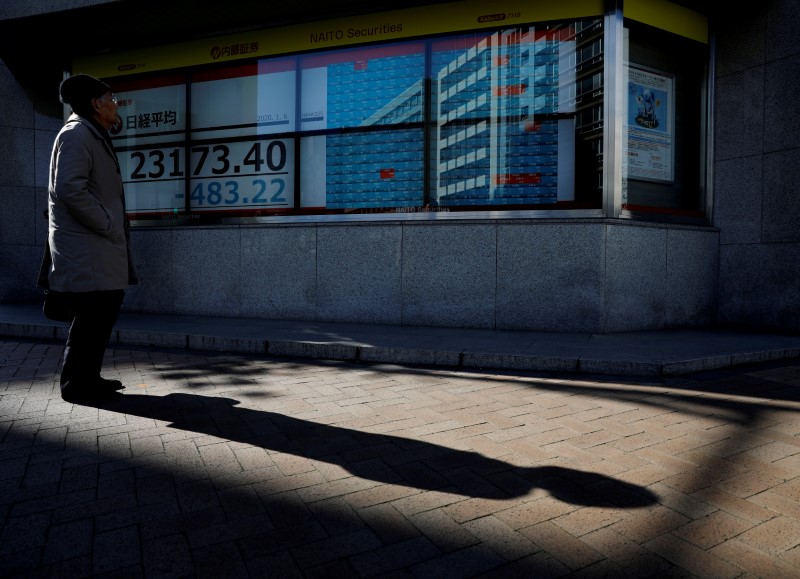 But investors will be closely watching key Chinese economic data for clues on whether a marked slowdown in the world’s second-largest economy is starting to bottom out.

China is expected to post its weakest annual growth rate in 29 years — 6.1% — due to anemic domestic demand and the damaging trade war with the United States.

Data in the last few months have pointed to an improvement in Chinese manufacturing and business confidence as trade tensions eased, but analysts are not sure if the gains can be sustained and Beijing is widely expected to roll out more stimulus measures.

In early trade before Chinese markets opened, MSCI’s broadest index of Asia-Pacific shares outside Japan () was up 0.19%, taking gains for the month to 3.4%.

But analysts say global equities may find it difficult to maintain momentum from their recent rally as optimism over the U.S-China trade truce gives way to uncertainty over the next steps in trade talks.

While the Phase 1 deal is seen as defusing the 18-month row that has hit global growth, experts say it is unlikely to provide much balm for broader frictions between the two countries. Most of the tariffs imposed during the dispute remain in place and a number of thorny issues that sparked the conflict are still unresolved.

“The challenge from here is how long we can maintain these improvements,” said Steven Daghlian, market analyst at CommSec in Sydney.

“Speaking of the market specifically, a 6% gain in two weeks is obviously a massive challenge to replicate in the tail end of the month. You don’t really see 10, 11, 12% improvements over the course of a month without any gigantic positive catalysts.”

The (), which tracks the greenback against a basket of six major rivals, was flat at 97.320.

The rally in equities was mirrored in U.S. benchmark , which saw yields tick up to 1.8214% from their close on Thursday at 1.809%. Yields rise as prices fall.