Home
Market
Ryanair says could start getting Boeing 737 MAX by April
Prev Article Next Article
This post was originally published on this sitehttps://i-invdn-com.akamaized.net/trkd-images/LYNXMPEG0D0OI_L.jpg 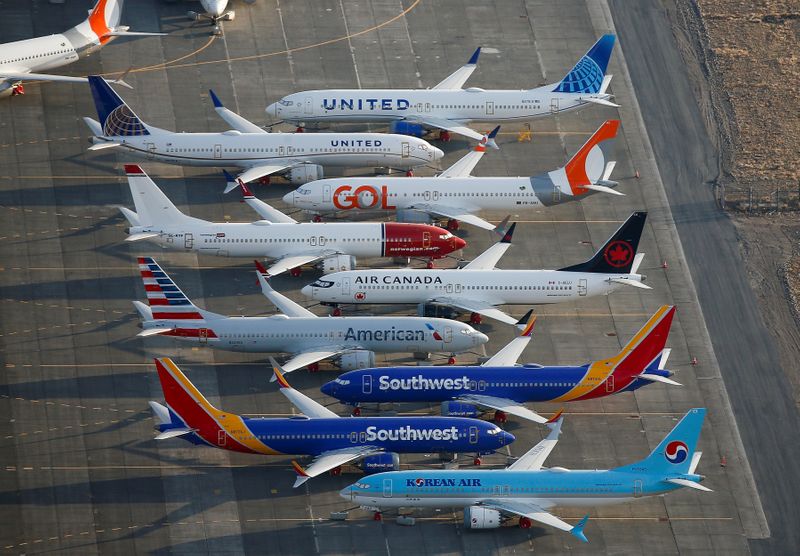 MADRID (Reuters) – Ryanair (I:) could receive its first deliveries of up to 10 grounded 737 MAX aircraft from Boeing (N:) by April, Chief Marketing Officer Kenny Jacobs said on Tuesday, but cautioned the timing was dependent on regulators.

That is earlier than indicated by Ryanair boss Michael O’Leary this month when he said the airline might not receive its first 737 MAX until October.

The 737 MAX, Boeing’s fastest-selling aircraft, has not flown since last March following two crashes which claimed 346 lives. Ryanair has up to 210 of the planes on order, but none in service.

“It could still mean less than ten and the date could still change … It has been a moving feast and the dates have slipped up to now for the past months,” Jacobs said, adding all European airlines’ orders were in the hands of regulators.

“We still think the MAX is a great aircraft. Our focus, their (Boeing’s) focus now is just to get the MAX flying.”

Ryanair last month cut its passenger traffic forecast for the year to March 31, 2021, to 156 million from 157 million after scrapping some planned summer operations due to the MAX delays.

That forecast was based on Ryanair receiving 10 MAX aircraft in time for the summer season. It previously cut expectations to 20 from the 60 originally scheduled.

However, the airline has also since raised its profit forecast for the year to the end of March 2020 after a better-than-expected performance over Christmas and New Year.