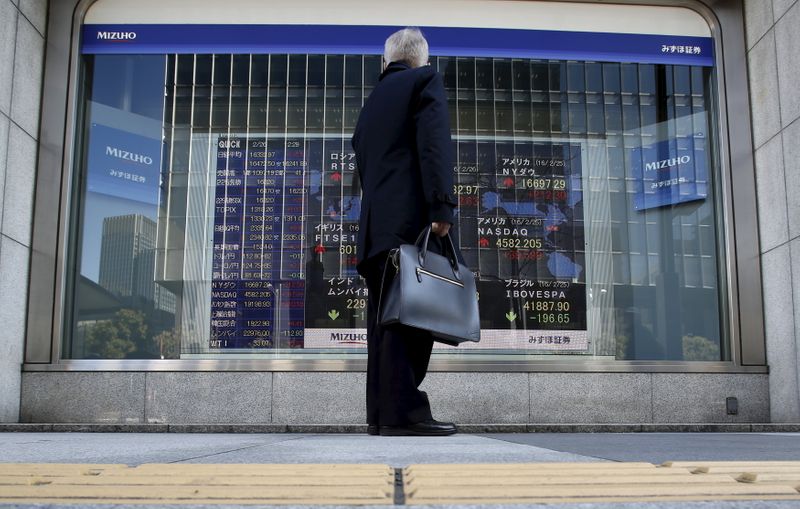 Iran’s missile attacks on the Ain Al-Asad air base and another in Erbil, Iraq, early Wednesday came hours after the funeral of an Iranian commander whose killing in a U.S. drone strike has raised fears of a wider war in the Middle East.

“We’ve moved on from how Iran will respond to now anticipating the U.S. 52-pronged response as the U.S. military forces in the region are in a heightened state of alert while likely preparing for war,” said Stephen Innes, strategist at AxiTrader. “It’s not going to be pretty today”

The sharp sell-off in risk assets was accompanied by steep drops in U.S. Treasury yields as investors flocked to safety. Benchmark yielded 1.7188%, down more than 10 basis points from a U.S. close of 1.825% on Tuesday.

The two-year yield dropped to 1.4581% compared with a U.S. close of 1.546%. The dollar also plunged against the yen, with the Japanese currency touching its strongest point against the greenback since October. The U.S. currency was last down 0.69% against the yen at 107.67.

The flight to safety and a falling dollar supported gold, which rocked 1.91% higher on the spot market to $1,603.93 per ounce.