Home
Stocks
After the limo arrivals, Golden Globes go full vegan as environmental gesture
Prev Article Next Article
This post was originally published on this site 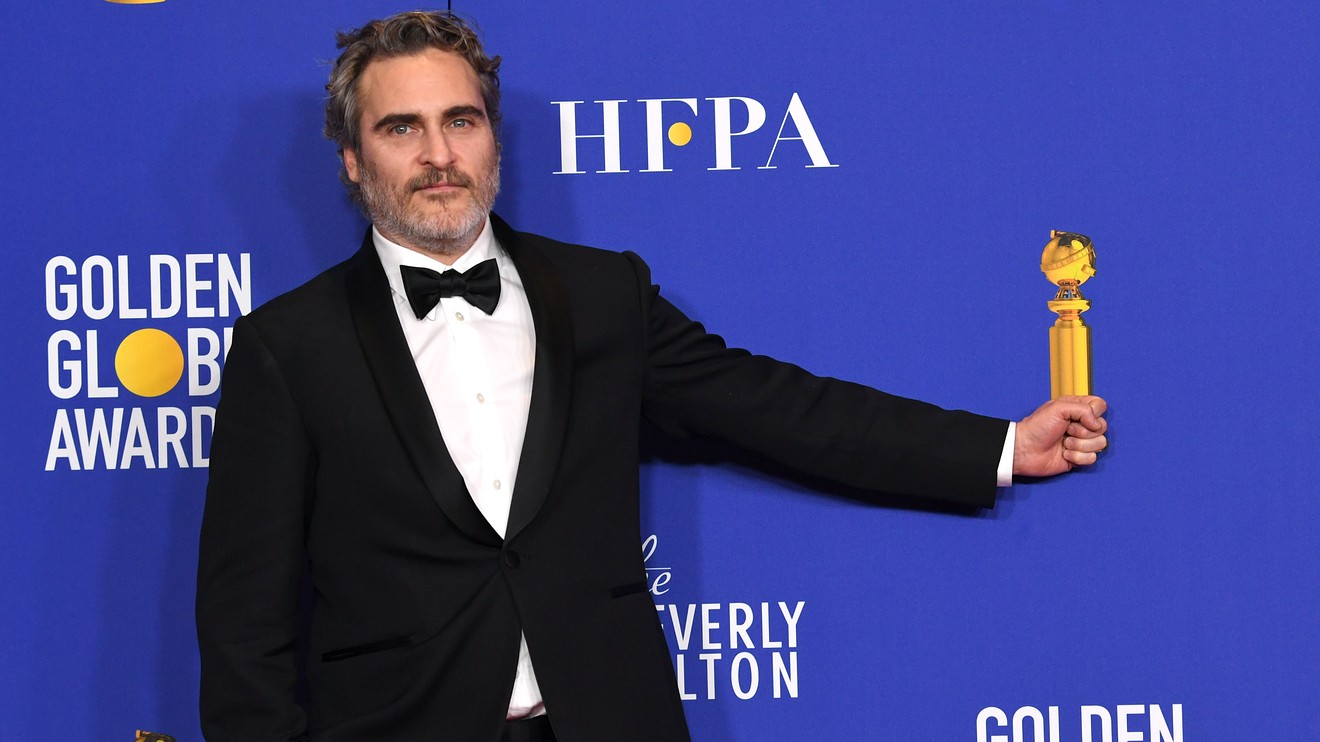 Once upon a time in Hollywood, a room full of movie and television stars sat down to a Sunday supper of king oyster mushrooms meant to look and feel like scallops.

That entrée featured in an all-vegan menu at the Golden Globes, the first major awards show to entirely eliminate meat and dairy.

The offerings were a last-minute change from menu selections previewed in December that had included fish and were a deliberate move to call attention to food sustainability, said the Hollywood Foreign Press Association, which selects and hosts the Globes, the first of the season’s major awards programs.

Joaquin Phoenix, winner for best actor in a motion picture–drama (he picked up the award for his turn as “Joker”), eats vegan every day. His speech included a thank-you for the dining decision and its message for combating climate change. He told his fellow actors: “We don’t have to take private jets to Palm Springs. … I’ll try to do better, and I hope you will, too.”

Read: How Greta Thunberg and ‘flygskam’ are shaking the global airline industry

This particular night, Phoenix and follow nominees and guests sat down (those who took their seats early enough, that is) to a menu that featured an appetizer of chilled golden-beet soup with locally grown chervil and amaranth, followed by the king oyster mushrooms (the scallop stand-ins), with wild-mushroom risotto, roasted baby purple and green brussels sprouts, globe carrots and pea tendrils, the Hollywood Reporter said. A select vegan menu, alongside meat options, had been offered in previous years.

Venue Beverly Hilton executive chef and sustainability champion Matthew Morgan, who reportedly was made aware of the menu switch just a few days before Christmas, described his chocolate dessert as “a take on an opera cake.”

The #GoldenGlobes are all vegan this year, take a look at the menu (mmmm beet soup!) https://t.co/ApYNgC3a8I pic.twitter.com/Nz2XU5Dguo

The Sun’s Dan Wootton lamented the lack of options for the choicest Hollywood celebrities, whom he suggested were forced to choke down their elevated veggies.

This is the plant based meal being given to all guests at the Golden Globe Awards this year. No option with meat at all. No choice. Welcome to Hollywood in 2020 where vegan extremists rule. 🤮🤮🤮 pic.twitter.com/8r7hSxfN0o

Waiters bearing trays of finger sandwiches did circulate as the show began, presumably as a follow-up to the lighter fare. A server told the Associated Press that an alcohol and chocolate bar were vying for most popular destinations in an area just off the ballroom.

The Hollywood Foreign Press Association had also planned to reuse this year’s new red carpet at other events and, to reduce plastic waste, inked a partnership with Icelandic Glacial to serve water in glass bottles, forgoing the plastic bottles that had been Globes regulars.

“The climate crisis is surrounding us, and we were thinking about the new year and the new decade. So we started talking between us about what we can do to send a signal,” HFPA’s president, Lorenzo Soria, told the Hollywood Reporter. “We don’t think we’ll change the world with one meal, but we decided to take small steps to bring awareness. The food we eat, the way it is processed and grown and disposed of — all of that contributes to the climate crisis.”

Related: Eating out, ice cream and booze may be worse for climate change than meat

Emissions from livestock account for about 14.5% of total greenhouse-gas emissions globally. Roughly two-thirds of those emissions come from cattle, particularly the methane gas emitted by the animals, according to United Nations data. Growing feed, a process with its own emissions, and clearing land for grazing and crops also have environmental impacts.

Sara Place, senior director of sustainability for the National Cattlemen’s Beef Association, said her own research, in combination with USDA findings, points to fewer cattle producing more meat as farms got more efficient. That, to some, suggests producers are wise to work on sustainability from the supply side — including addressing methane — rather than bow to demands for less meat consumption, particularly as global population growth calls for multiple protein sources.