In preparation for a recent presentation, I asked for data to document the increasing dependence on 401(k)s as opposed to traditional defined-benefit plans. One of the figures included total retirement wealth for households in the middle of the wealth distribution for five different cohorts.

Retirement wealth, which comes from the Health and Retirement Study (HRS), includes: 1) Social Security; 2) employer-sponsored retirement plans (including defined-benefit plans); 3) non-defined-contribution financial wealth; and 4) housing wealth. Ages 51 to 56 were chosen because that is when the respondents in each new cohort enter the HRS, allowing the study to examine the most recent cohort in the HRS, the late boomers (born 1960-1964). 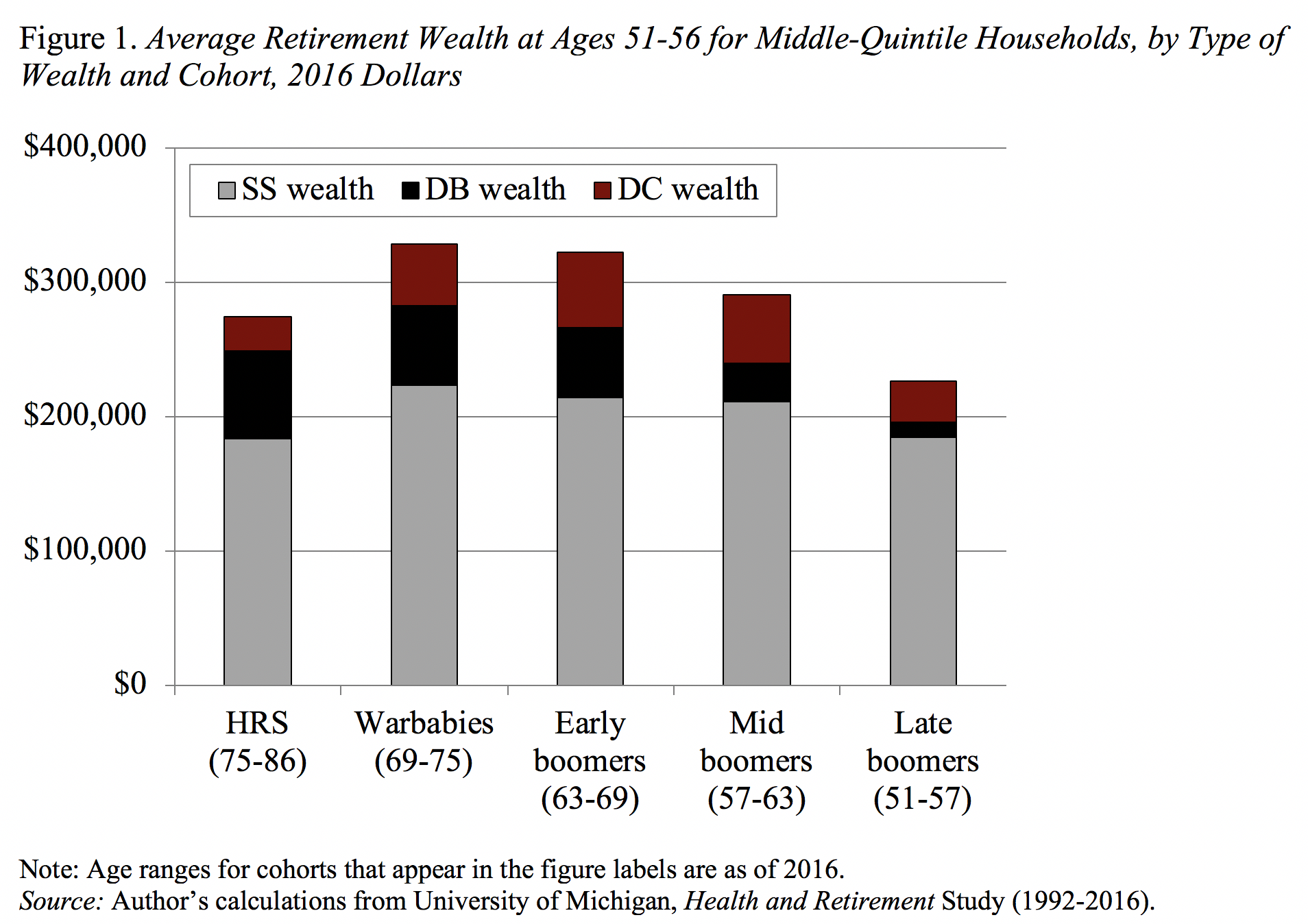 Even though the HRS is the gold standard for wealth and income data, the decline was so unexpected that I asked my colleague, Anqi Chen, to look at data from the Federal Reserve’s 2016 Survey of Consumer Finances. While the only data readily available were holdings in defined-contribution plans, the pattern was similar to that found in the HRS (see below). The wealth holdings of the late boomers were below those of both the mid and early boomers, who are age 63 to 69. 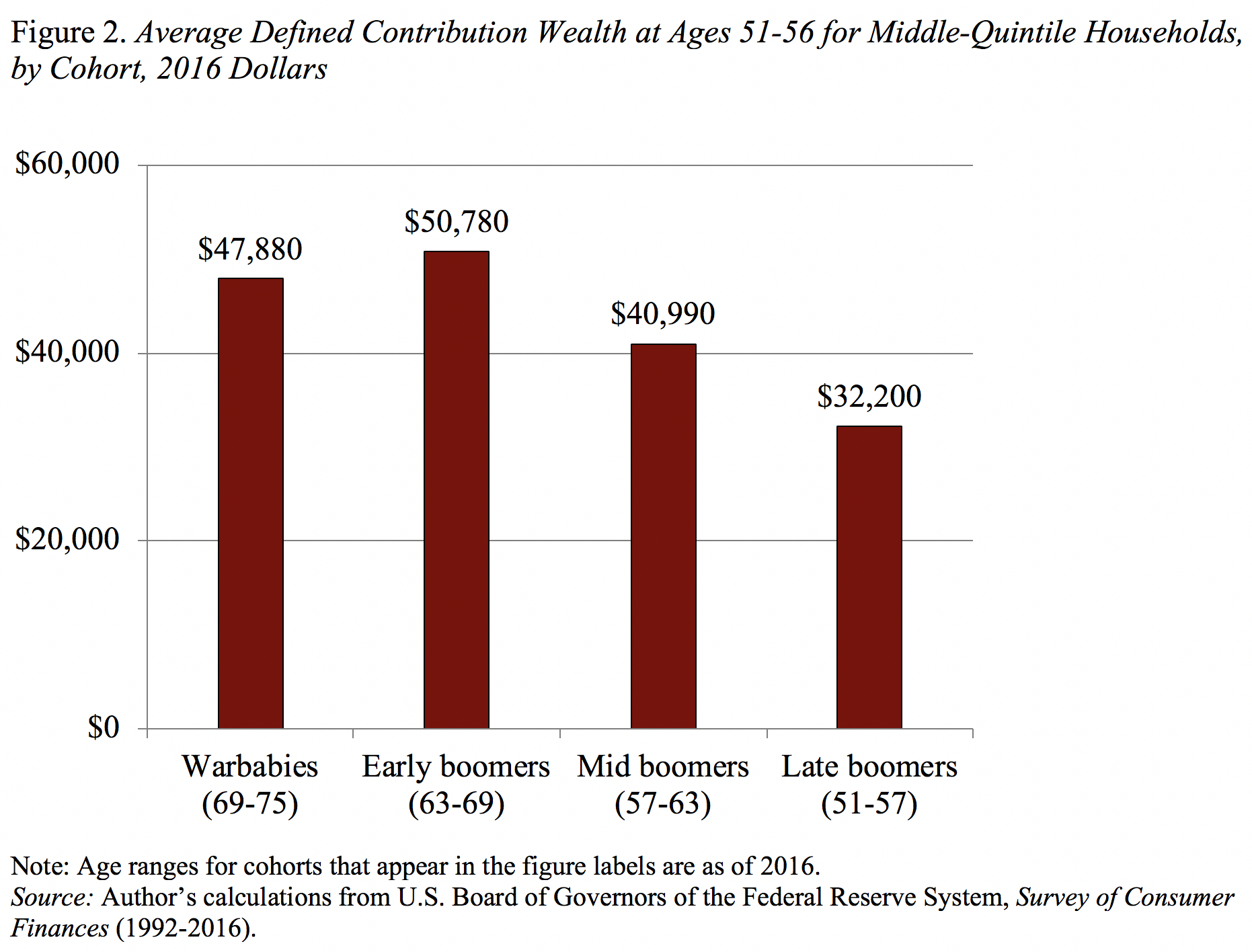 This pattern of decline is distressing. It suggests that fewer households in the middle of the wealth distribution have 401(k) assets. Given the decline in Social Security replacement rates, an increasing number of households will be falling short.