Home
Stocks
2020 vision: What ETF will pros be watching in the coming year?
Prev Article Next Article
This post was originally published on this site 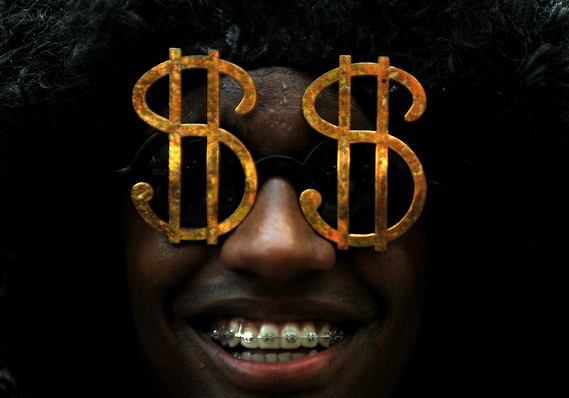 What fund will ETF pros be watching next year?

For investors in exchange-traded funds, it has been an interesting year. The SEC approved a set of new guidelines that will change the way funds get launched, investors continued to use ETFs as tools to express big ideas or larger themes, and to make U-turns as the tides shift, and MarketWatch became one of the first publications to point out the uncomfortable elephant in the room: that the ETF industry has a problem with intellectual property theft.

With all that as a backdrop, what better time to ask ETF industry pros what they’re thinking about for the coming year?

Two respondents think that after a strong run, investors might do better to look outside the U.S. for returns. One, perhaps not surprisingly, thinks his own fund is best positioned to grab investor interest in the value trade, now that there seems to be more runway in the business cycle. And another is wondering whether that will prompt investors to become less cautious.

Their insights are below.

U.S. stocks have gained handsomely in 2019, and while many strategists think the current bull market has more room to run, others suggest investors will get more bang for their buck overseas.

That’s why Will Geisdorf, chief ETF strategist for Ned Davis Research, is watching the iShares MSCI ACWI ex-U.S. ETF. ACWX, -0.61%. The fund tracks the MSCI All-Country World Index, or ACWI, which includes a broad basket of large- and mid-cap stocks across 23 developed and 26 emerging markets. ACWX’s expense ratio is 0.32%, meaning it costs $3.20 in annual fees for every $1,000 invested. The average daily volume for the fund is $65.8 million and it has total assets of $4.2 billion.

As Geisdorf told MarketWatch, “We’re starting to prepare clients for a shift away from the U.S. to more international exposure. Emerging markets have had a few false starts. Also, I wanted to offer some European exposure. We’re starting to see stability there.”

There are less expensive All-World ETFs, including one from Vanguard VEU, -0.67%. But Geisdorf suggests it may not be worth trying to find something cheaper than ACWX, because the All Country index is widely tracked. The Vanguard ETF’s expense ratio is 0.09%, with average daily volume of $121.5 million, and total assets of about $26 billion.

For a little variation, X-Trackers DBAW, -0.93% provides an ETF that offers similar exposure but with currency hedging, and an expense ratio of 0.40%, while iShares IXUS, -0.60%  offers the Core MSCI Total International Stock ETF that includes small-cap stocks as well as larger ones and an expense ratio similar to the Vanguard fund.

Read: SPY versus SPY? The world’s biggest ETF clones itself

Investing with a safety net?

Todd Rosenbluth, head of ETF and mutual fund research for CFRA, is keeping a close eye on the iShares Edge MSCI Min Vol USA ETF USMV, -0.32%. MarketWatch profiled USMV, referring to its ticker, describing it in July as one of a few products that can help investors manage market volatility.

USMV is often compared to a rival, the Invesco S&P 500 Low Volatility ETF SPLV, -0.17%, and in our July story, one source explained why he likes USMV better. It takes what some call a more “holistic” approach to constructing a low-volatility portfolio, trying to make sure the stocks in the fund work well together. SPLV, in contrast, selects stocks from sectors that are considered likely to be less volatile.

Investors may have agreed with that thesis: in 2019, they plowed more than $12 billion into USMV, about 10 times as much as SPLV, making it one of the most popular funds of the year, according to Rosenbluth. Now comes the real test, Rosenbluth says. Volatility — and concerns about markets and the economy — have abated a bit. Will investors get complacent and dump low-vol products?

That process may have already started. As MarketWatch reported in November, over one two-week period, investors yanked about $1 billion out of USMV—about the same amount the fund had been picking up every month throughout 2019.

USMV’s nearly 25% return this year “an amazing year for any ETF, let alone a low-volatility one,” Rosenbluth notes. It just happens to be dwarfed by a broad market return—the S&P 500 SPX, -0.58% is up 29% — that is one for the history books.

“If you’re picking USMV to outperform in an upmarket you’re making a mistake,” Rosenbluth said. CFRA forecasts a “high single-digit percentage” gain for the S&P 500 in 2020. With that in mind, he said, “investors should want to have a lower risk approach to equities instead of a more broadly diversified approach.”

Phil Bak, CEO of Exponential ETFs, says he’ll be watching one of his firm’s own funds most closely. The American Customer Satisfaction ETF ACSI, -0.45%   launched in 2016 and now has about $61 million in assets. With an expense ratio of 0.66%, investors get access to about 90 company stocks, all of which have the best measures of customer happiness, a metric Bak likens to “value for your spend.”

At this stage of the business cycle, Bak argues, “there’s going to be a return to the connection between a company’s intrinsic value and what its stock is trading at.” Another way to think about this idea: it isn’t about brands that make people the happiest, but companies that have the stickiest revenues.

Those aren’t just consumer names: the ETF contains stocks ranging from Apple Inc. AAPL, +0.59% to Atmos Energy Corp. ATO, +0.31%. And despite Bak’s contention that picking companies with loyal customers is a value play, the stocks in the fund aren’t necessarily value names. Some of the fund’s biggest holdings include Netflix Inc. NFLX, -1.76% and Amazon.com Inc. AMZN, -1.23%, both growth stocks.

There may be no better way to keep customers “sticking” than with a sturdy moat.

In the year to date, the fund has returned about 23%, a bit lower than the broad stock market, and much lower than the tech-heavy Nasdaq, which is up 35%.

“It’s the cyclicality of the business,” Bak argues. “We think there’s going to be a return to fundamentals and the intrinsic value of individual stocks. Revenue, pricing power, and all the benefits that come with having a company where customers are happy and coming back for more.”

John Davi is the founder of Astoria Advisors, a New York City-based firm that constructs “institutional-type” portfolios for advisers to bring to individual-investor clients. Like Will Geisdorf, Davi also believes investors would do better to look outside the U.S., but he has a more specific — and possibly surprising — view of what that might mean.

Davi suggests investing in the iShares MSCI China ETF MCHI, -0.42%. “Everyone wants to focus on the trade war but there’s other reasons to own” China stocks, Davi told MarketWatch. China was one of the best-performing markets in the world this year, Davi noted, and he believes that will continue through 2020.

The Chinese government is pumping liquidity into financial markets, Chinese stocks have “an attractive valuation” compared to American names, and earnings are strong. Davi calls that a “good fundamental backdrop.”

Some investors may prefer not to own shares of any Chinese company for ethical considerations, and others may prefer to avoid Chinese government-owned concerns. But for anyone intrigued by the idea of investing in China, “don’t overthink it,” Davi advises. “People watch TV and get worried, and read tweets, but that didn’t matter this year:” the ETF has gained 22%, just lagging the broader U.S. market.

See: Time, money and effort. and then your great ETF idea gets ripped off