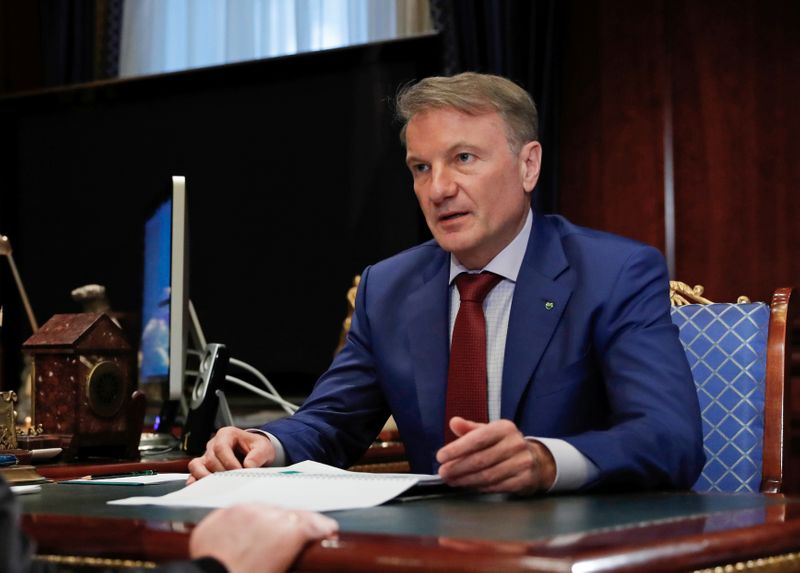 By Tatiana Voronova and Katya Golubkova

MOSCOW (Reuters) – Russia’s Sberbank (MM:) plans to continue its partnership with Yandex (O:) even though it has transferred its ‘golden share’ in the country’s leading internet company to another entity, Sberbank’s Chief Executive German Gref told Reuters.

To assuage Kremlin fears about potential foreign influence, Yandex this month approved changes to its corporate structure to establish a “public interest foundation” which would receive Sberbank’s golden share and a number of other rights.

Sberbank, Russia’s top bank, has also agreed to buy a stake in internet company Mail.Ru (L:), as Gref continues to transform the lender into a banking-to-online services company.

The Mail.Ru deal and the transfer of the Yandex golden share have raised questions about the future of Sberbank’s partnership with Yandex, which includes joint ventures Yandex.Market and Yandex.Money.

“Partnership (with Yandex) will remain,” Gref told Reuters, adding there could be some changes in a number of the companies’ joint projects.

He said Sberbank may consider ending a non-compete agreement with Yandex on banking services, allowing Yandex to request a banking license for Yandex.Money so it can develop payment services.

“There is no threat to Yandex.Money, they are growing, they are developing but to achieve the next high-quality jump we need to decide on its future destiny,” Gref said.

He added that Sberbank and Yandex had agreed to deepen cooperation in educational projects, without giving further details.

Sberbank, via its stake in Mail.Ru, is an indirect shareholder in AliExpress Russia, a joint venture between China’s largest e-commerce firm, Alibaba (N:), the Russian Direct Investment Fund, mobile operator Megafon and Mail.Ru.

Gref said he saw no violation of a non-compete agreement which limits Sberbank’s development of e-commerce projects to within Yandex.Market, calling the indirect stake in AliExpress Russia “insignificant”. However, he said that Sberbank plans to discuss with Mail.Ru whether the bank would take a direct role in the AliExpress joint venture.

Two sources familiar with the situation told Reuters on Wednesday that the government was in talks with the central bank to buy the latter’s 50% plus one share stake in Sberbank, potentially using National Wealth Fund cash.

Gref said that Sberbank was not involved in the talks but stood ready to work with the finance ministry if it became its new majority shareholder.

“I do not see any problems here. There could be some issues related to the transition period. As far as I know, there is no final decision taken yet,” Gref said.