Home
Market
French designs on dominance of Peugeot-Fiat rest on Tavares
Prev Article Next Article
This post was originally published on this sitehttps://i-invdn-com.akamaized.net/trkd-images/LYNXMPEFBH1JL_L.jpg 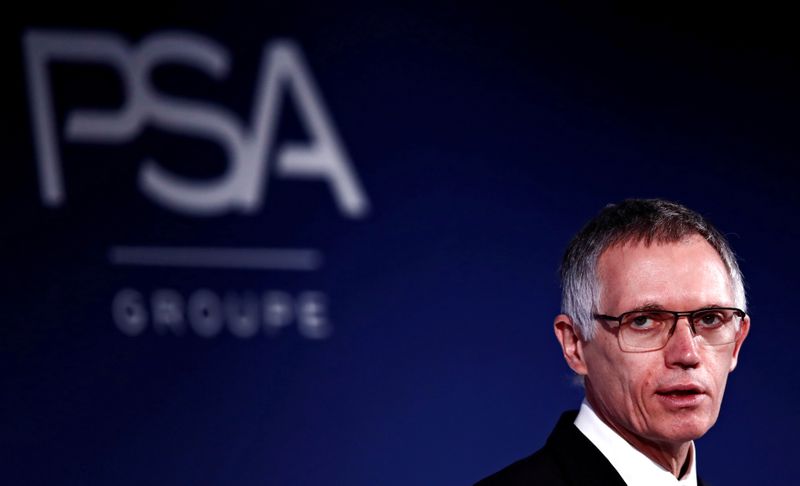 By Gilles Guillaume and Giulio Piovaccari

PARIS/MILAN (Reuters) – Billed as a merger of equals, PSA’s $50 billion tie-up with Fiat Chrysler (FCA) gives the Peugeot owner one potentially big advantage, its own boss will be firmly behind the new wheel.

But the position of Portuguese car fanatic Carlos Tavares, who knocked Peugeot into shape and steered PSA’s (PA:) 2017 swoop on Germany’s Opel, also raises uncomfortable questions for the French carmaker.

The balance of power within the combined group will be politically sensitive in France and Italy as its new management seeks out annual savings of 3.7 billion euros ($4 billion).

Although the carmakers have pledged not to close any factories, Rome and Paris will both try to protect jobs and across their domestic manufacturing supply base.

To compete globally, the merged companies would do better to invest outside their slow-growing, high cost domestic markets.

Another Franco-Italian deal touted as a merger of equals, the 54 billion euro ($59.5 billion) all-share deal between Ray-Ban owner Luxottica and lens manufacturer Essilor in 2017 was plagued by a ferocious governance battle, something the architects of PSA’s deal with FCA (MI:) will seek to avoid.

But with Tavares occupying the eleventh seat in a board made up of five members named by FCA and another five by PSA, some in the French camp see the balance of power on the Peugeot side.

“If there’s one key asset which PSA benefits from, it’s Carlos Tavares. You can’t just boil a company down to one manager, but for us it was a very important element,” a source at state investment bank BPI, which holds France’s stake, said.

PSA and FCA did not clarify what would happen to the board seat if and when Tavares left.

“All decisions regarding the CEO will be taken by the board of the ‘newco’,” Tavares told reporters, saying the matter was premature and adding that there was nothing in deal laying out what would happen beyond his five year mandate.

A source close to FCA played down the implications of the board arrangements, however, saying Exor, the holding company behind Italy’s Agnelli clan and its scion John Elkann, who will chair the combined group, were not bothered by nationality.

The financial equation in PSA and FCA’s 50-50 share merger makes the power balance less than clear-cut.

FCA is due to pay out a cash dividend of 5.5 billion euros to its shareholders before the deal takes place.

When stripping that out, and taking the firm’s share price right before the outline of the deal was announced in October, the Jeep maker was worth around 14 billion euros.

That compares to a stock market value of just over 20 billion euro for PSA, when accounting for the majority stake in Faurecia it plans to spin out to its own shareholders prior to the deal, worth 3.2 billion euros at the time.

The effective premium being paid by PSA has since narrowed, but still stands at over a billion euros.

The two companies said that FCA’s planned spin-off of its robotics unit Comau, worth 250 million euros, would now take place after the merger rather than before, which would benefit shareholders on both sides.

A source close to the transaction said this was partly being done to allow Comau’s business time to recover but will also let PSA shareholders enjoy the spoils.