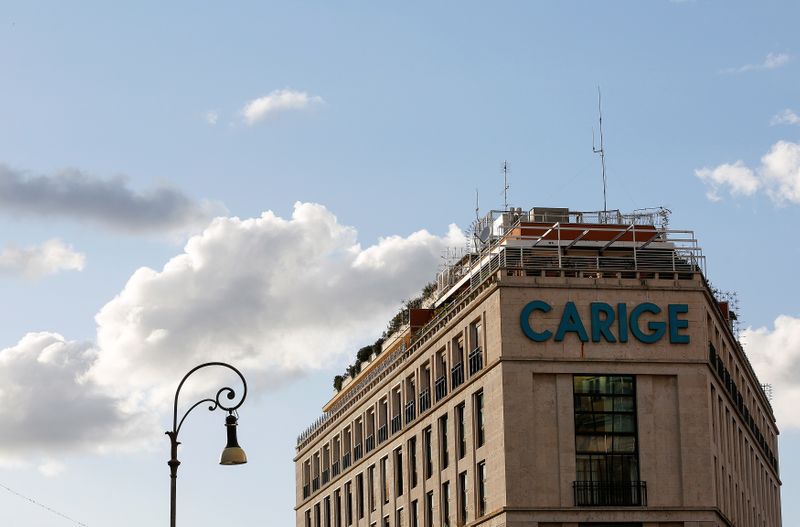 MILAN (Reuters) – The former chief financial officer of Telecom Italia (MI:) and a former executive at bank UniCredit are the top candidates to become chief executive of troubled bank Carige (MI:), two sources close to the matter said on Wednesday.

Carige is in the process of being rescued by a depositor protection fund financed by Italian banks, which bought the bulk of a 700 million euro ($772 million)capital increase.

Piergiorgio Peluso, a former Telecom Italia CFO and most recently in charge of strategic operations at the phone group, is one of the front-runners to become Carige’s next boss after three special administrators appointed by the European Central Bank complete their mandate, the sources said.

The other is Alessandro Decio, formerly chief executive of export credit agency SACE and chief risk officer of UniCredit until 2016.

According to one of the sources the selection process is at an “advanced stage” and a decision by the FITD depositor protection fund is expected soon.

Carige shareholders are expected to meet by the end of January to appoint the bank’s new board of directors.