Home
Stocks
Where Should I Retire?: I’m looking for safe, friendly cities to retire abroad on $2,500 or less a month. Where should I retire?
Prev Article Next Article
This post was originally published on this site

I read your article on MarketWatch about Sherry Bronson who retired in Bali. [Read it here: ‘I never felt like I belonged in the U.S.,’ says 62-year-old who fled Minnesota to retire in Bali — where you can live ‘very, very comfortably’ on $3,000 a month.] What other places around the world would you consider as being safe for American retirees, friendly and affordable (under $2,500 a month)?

Plenty of Americans are spending their golden years abroad these days. “More than 500,000 Americans receive their Social Security benefits overseas, an increase from 400,000 people in 2000,” my colleague Alessandro Malito recently wrote. Plenty also spend part of their time abroad and part in America. In other words, you’d be in good company if you decided to go abroad.

The hard part, of course, is deciding where to go — especially if you’re on a budget. (Sorry, Paris, London and Zurich — you won’t make the cut). Here are a number of safe, friendly spots to retire abroad on $2,500 or less a month — as recommended by our friends at International Living. 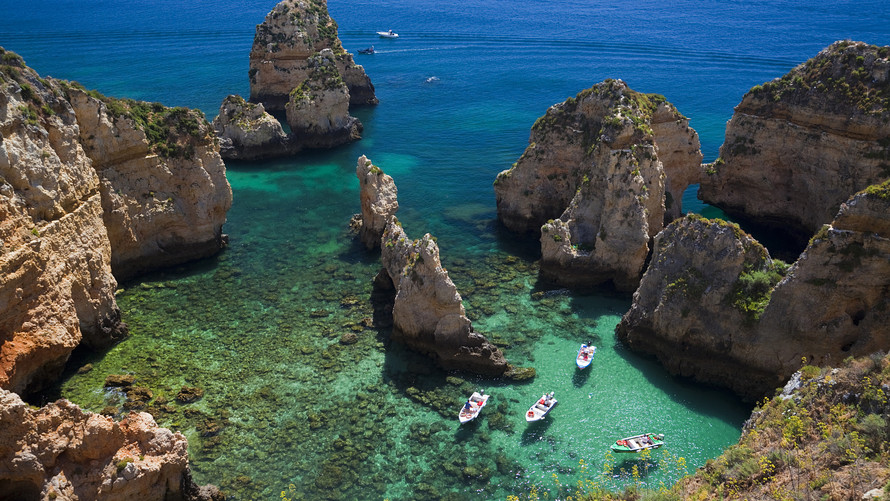 While Lisbon tends to be pricier, many other cities in Portugal are friendly, safe — and affordable. When I interviewed 69-year-old Tricia Pimental earlier this year (she left Utah and moved to Portugal) she highlighted the affordability and friendly vibes: “It’s all about family, food and fun,” she says of Portugal, adding that in general, you could spend about one-third to one-quarter of what you would in the U.S. Cities are pricier, but in the countryside “you can easily get by on $2,000 a month,” she says.

Even if the countryside isn’t your thing, there are a number of places where you could live on $2,500 or less a month, including Lagos, Coimbra and Porto, International Living tells MarketWatch.

Lagos is a port town with “pretty, cobbled lanes and picturesque squares and churches” as well as some “truly fabulous beaches” and “a huge range of activities spanning water sports, boat trips and horse riding, excellent restaurants and a pumping nightlife,” writes Lonely Planet—which adds that it is “not surprising that people of all ages are drawn here.”

Coimbra, which sits on the Mondego River, is home to the oldest university in Portugal — and plenty of other history as well. It was Portugal’s medieval capital and a number of historic buildings are now deemed a Unesco World Heritage site. “Its steeply stacked historic centre dates to Moorish times and is wonderfully atmospheric, with its dark cobbled lanes and monumental cathedral,” writes Lonely Planet.

Meanwhile Porto “gives you as much cobbled-street charm and dazzling ancient architecture as you’ll get anywhere else in Europe, and it’s nestled in one of the world’s leading wine regions — yet it’s still affordable and uncrowded,” explains Thrillist. 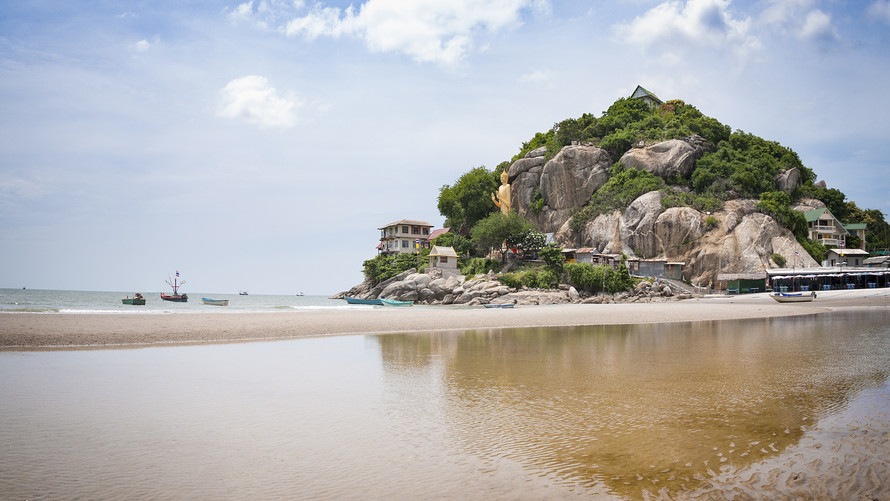 The beach at Hua Hin In Thailand

This gorgeous seaside resort — roughly three hours from Bangkok — offers a “refreshing mix of city and sea with lively markets, good golf courses and water parks, excellent accommodation and an ambience that just keeps getting more hip and cosmopolitan,” Lonely Planet writes of the area.

International Living’s Postcards editor, Victoria Harmer, tells MarketWatch that “a couple can live well here on a monthly budget of $1,500 to $2,000, including rent, dining out, and transport costs.” Other perks she adds are lots of expats (you can get by with English, she says), multiple hospitals and myriad housing options.

Plus, Thailand is generally safe with the U.S. government giving it a 1 (the highest safety rating) on its travel advisory list. 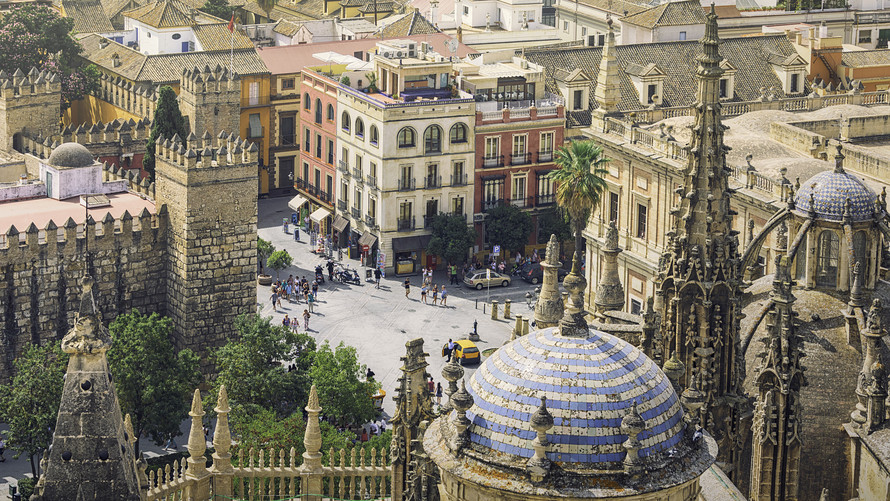 Though Barcelona and Madrid might break the bank for you, you can live in some of the smaller cities in Spain on about $2,500 a month. Seville — in southern Spain — offers up perks like “fabulous food,” and “Gothic and Renaissance architecture and exotic flamenco rhythms [that] never fail to charm and seduce,” writes the Telegraph, which adds that “history oozes through its very pores, with ancient Moorish walls, Roman ruins and Baroque churches at every turn.”

Meanwhile, the port city of Malaga is “loaded with history and brimming with a youthful vigour,” writes Lonely Planet. “The city that gave the world Picasso has transformed itself in spectacular fashion, with half a dozen new art galleries, a radically rethought port area and a nascent art district called Soho,” which adds that it also offers a vibrant bar and restaurant scene.

Penang is a lush tropical island off the coast of mainland Malaysia, and I recently recommended its capital, George Town, for a man looking for an affordable tropical island to retire on, noting that George Town has “great food, interesting architecture (one section of the city is a Unesco World Heritage site) and a fun arts scene.”

And that’s not the only place worth exploring on Penang: The beaches and jungle on this island are fabulous. Plus, the cost of living is low and it’s considered a safe town 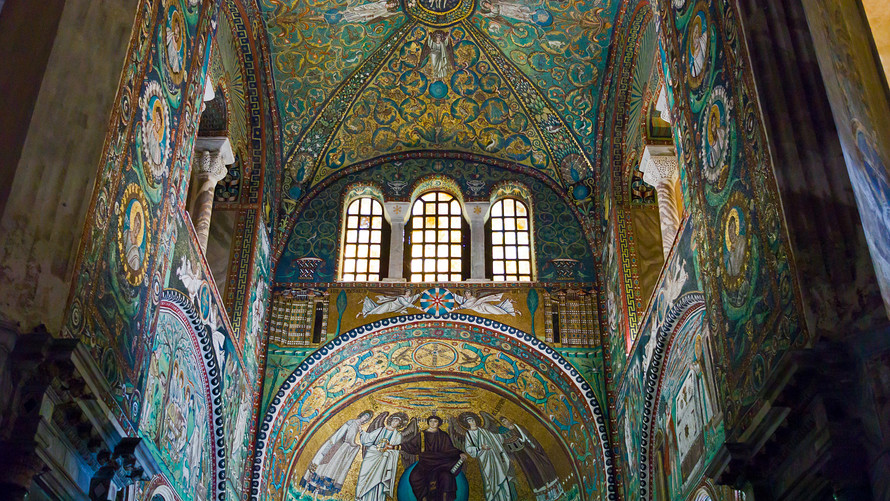 The mosaics of the San Vitale basilica

Ciao, Arrezzo and Ravenna! While your budget may not go all that far in Rome, you’ll have more wiggle room in these spots. If you’ve been dreaming of retiring in Tuscany, Arezzo — you may remember it as the setting for the film Life is Beautiful — may be just what you’re looking for, with its churches, museums and cobblestone streets.

Meanwhile, Ravenna in northern Italy near the Adriatic Sea, is “an art and history lover’s dream,” writes Forbes. In Ravenna, you will find a “charming, pedestrian-zoned historic center, cobblestone streets leading to arcade-lined piazzas, wine bars brimming with locals and the casual proximity of those spectacular Byzantine mosaics, which were named a Unesco World Heritage site in 1996. It all combines to create an intimate atmosphere — even isolated, in a good way,” writes the New York Times.