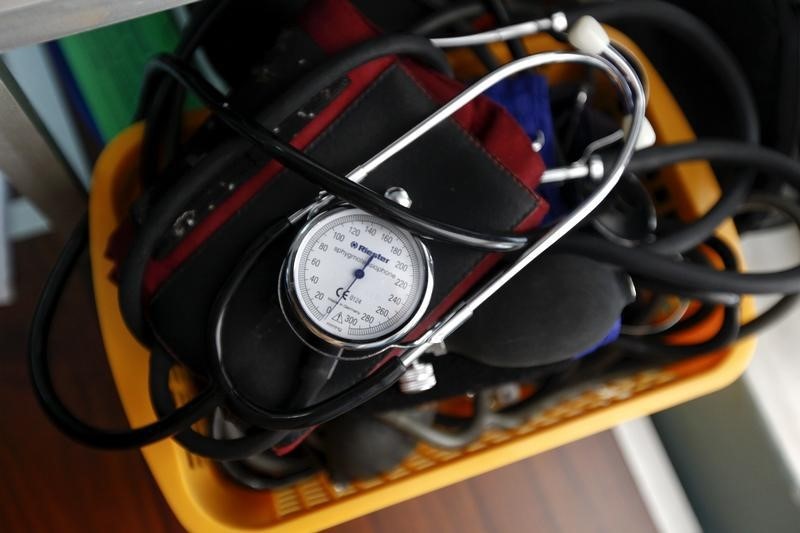 (Reuters) – A U.S. government watchdog is raising fresh concerns that health insurers are exaggerating how sick Medicare patients are, receiving billions of dollars in improper payments as a result.

Health insurers selling Medicare Advantage plans to seniors and the disabled received an estimated $6.7 billion in 2017 after adding diagnoses to patients’ files that were not supported by their medical records, according to a report released on Thursday by the U.S. Health and Human Services (HHS) Inspector General’s Office.

Inspectors found that Medicare Advantage insurers had added diagnoses for diabetes, heart disease and other conditions in 99.3% of chart reviews of patient information, even though they did not appear in records from doctors, hospitals or other medical providers. Insurers deleted incorrect diagnoses less than 1% of the time, they found.

The additional diagnoses boosted government payments to insurers by an estimated $6.9 billion, while the deleted information trimmed payouts by nearly $200 million, producing a net benefit of $6.7 billion for the companies.

“We could not see any services with the diagnosis and that raised a number of concerns,” Linda Ragone, a regional inspector general in Philadelphia and co-author of the report, said in a phone interview. “There is a vulnerability here that needs to be addressed.”

The report highlighted a group of 4,616 Medicare Advantage enrollees for whom insurers added a diagnosis that resulted in a higher payment, even though there was no record of the person receiving any medical services during the year under review.

Medicare Advantage plans are privately-run alternatives to traditional Medicare. They served 22 million people – or 1 in 3 of those eligible for the government healthcare program – at a cost of $210 billion in 2018.

The report did not identify specific insurers. UnitedHealth Group Inc (NYSE:), Humana Inc (NYSE:) and CVS Health Corp (NYSE:) through its ownership of Aetna (NYSE:), are among the biggest sellers of Medicare Advantage plans. Together, the three companies have 54% of the market, according to the Kaiser Family Foundation.

America’s Health Insurance Plans (AHIP), an industry trade group, said the rate of improper payments in the Medicare Advantage program has been decreasing.

“Everyone agrees that Medicare Advantage payments must be fair and accurate, and we continue to work with (Medicare) to improve payment accuracy,” said AHIP spokeswoman Kristine Grow.

The U.S. government pays Medicare Advantage insurers based on a risk score for each enrollee. The formula pays more for sicker patients, creating a financial incentive for insurers to inflate risk scores.

The U.S. Centers for Medicare and Medicaid Services (CMS) should be doing more to prevent insurers from exploiting this vulnerability, the inspector general said.

In a Nov. 1 letter to the inspector general’s office cited in the report, CMS challenged the $6.7 billion estimate of payments linked to chart reviews as too high. The agency agreed with the report’s recommendations for increased oversight and audits.

CMS in a statement said it is “committed to ensuring that Medicare Advantage plans submit accurate information to CMS so that payments to plans are appropriate.”

Prior to these findings, Medicare estimated it had made $40 billion in overpayments to insurers from 2013 to 2016 due to diagnoses submitted by health plans not supported by medical records.