Home
Market
Nightmare before Christmas? Traders dig in for long British election night
Prev Article Next Article
This post was originally published on this sitehttps://i-invdn-com.akamaized.net/trkd-images/LYNXMPEFB91K0_L.jpg 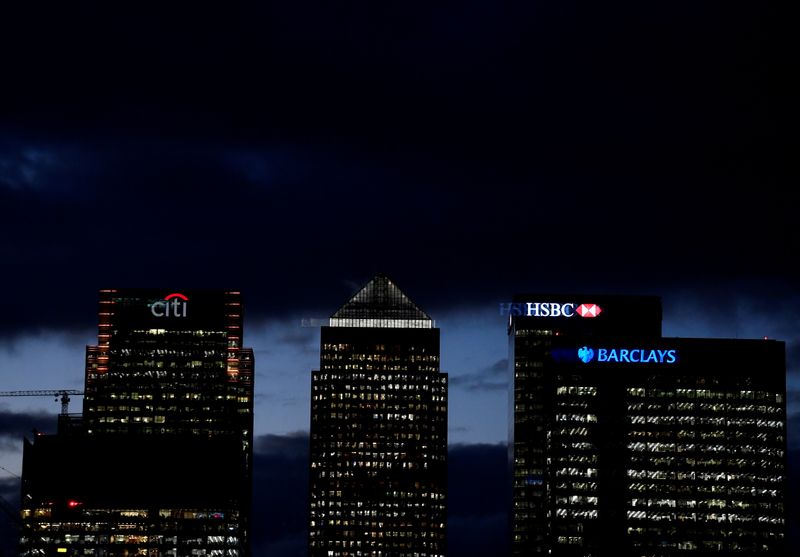 LONDON (Reuters) – It’s the time of year when London’s banker and traders wind down and prepare for holidays. Instead, many are cancelling leave and will work all night on Thursday as Britain votes in an unpredictable election that could convulse global markets.

Major banks including Barclays (L:) and HSBC (L:) also plan to deploy extra staff through the night, not just in London but also on trading floors in New York, Hong Kong and Singapore, to make sure they’re constantly on call for clients.

This may seem an oversized reaction in an age where trading is increasingly reliant on robots, but this is a financially pivotal event where investors could make or break fortunes. It is Britain’s first December election in almost a century, and Brexit itself could be on the table.

Prime Minister Boris Johnson’s ruling Conservative Party is running on a pledge to enact a swift split from the EU, while Jeremy Corbyn’s main opposition Labour is promising another referendum on membership of the bloc.

“I just basically canceled all holidays for our trading team next Friday, because we had some people actually who tried to take leave, this has all been canceled, which gives you an idea about what I expect on that day,” said Marco Pabst, chief investment officer at big Swiss private bank UBP.

“I think Brexit day is going to be a walk in the park compared to a Corbyn majority – and Brexit day was bad.”

The pound plunged more than 10% in the immediate aftermath of Britain’s vote to leave the European Union in June 2016, while $2 trillion was wiped off world markets.

While the prospect of a second Brexit referendum could be a positive for sterling, countering factors could be Corbyn’s policies to nationalize parts of the economy, as well as further uncertainty as Brexit is delayed once more.

London is the world’s biggest center for the global $6.6 trillion a day foreign exchange markets and the biggest hub for secondary bond market trading, meaning any Brexit-fueled volatility can have global implications.

Of the many outcomes possible, market watchers fear an outright Labour Party win as the most damaging one for markets, even though markets assign it a very low probability.

British mid-cap stocks with high exposure to the domestic economy have rallied more than 8% since October while the pound has gained nearly 7% versus the euro to a 2-1/2 year high at 84 pence as markets have increasingly factored in a Johnson win.

Opinion polls have consistently shown the Conservatives holding a healthy lead, yet the pollsters failed to accurately call the last two British elections and dramatically dropped the ball on Brexit and Trump.

Exit polls on Thursday will begin at around 2200 GMT, after voting closes, with a Nomura analysis indicating that if they produce a surprise, sterling will react.

Then the official results will begin to trickle in.

Of particular interest will be results from Sunderland and Newcastle-upon-Tyne, which will arrive from 2330 GMT. While all the six seats there are expected to stay Labour, any signs of Conservatives over or under-performing will be seized upon as signposts to a national result.

Jonathan Pryor, head of foreign exchange sales at Investec in London expects these early results will be when clients would first want some insights on the broader picture.

“Obviously it’s not easy to stay up all night and the small hours are the hardest bit, but the adrenaline keeps you going.”

There will be no let-up in 24-hour global markets.

Sterling will be the first to react to the early results, according to market players, with the pound versus the dollar and euro the key crosses to watch.

The next potential movers will be the shares of major banks listed in Hong Kong, namely Standard Chartered (HK:) and HSBC (HK:). Next up could be the United Kingdom exchange traded fund (), an instrument that allows investors to trade UK-focused stocks outside British hours.

Then financial eyes turn to miners listed in Australia.

The election is taking place at a time when investors have typically shut their trading books for the year which means any market volatility could be exacerbated. Risk managers are testing electronic trading systems to ensure there are no glitches in case market volatility jumps sharply.

Expected price swings for the pound over a one-week period as measured by derivative gauges is running at around 11%, more than double July’s reading, and traders expect it to jump further as election results start coming in.

Some investors such as Kaspar Hense, a portfolio manager at BlueBay Asset Management in London who helps manage $60 billion in assets, said it might simply be best to steer clear.

“We have closed our long sterling position going into election night,” said Hense. “There is too much risk.”