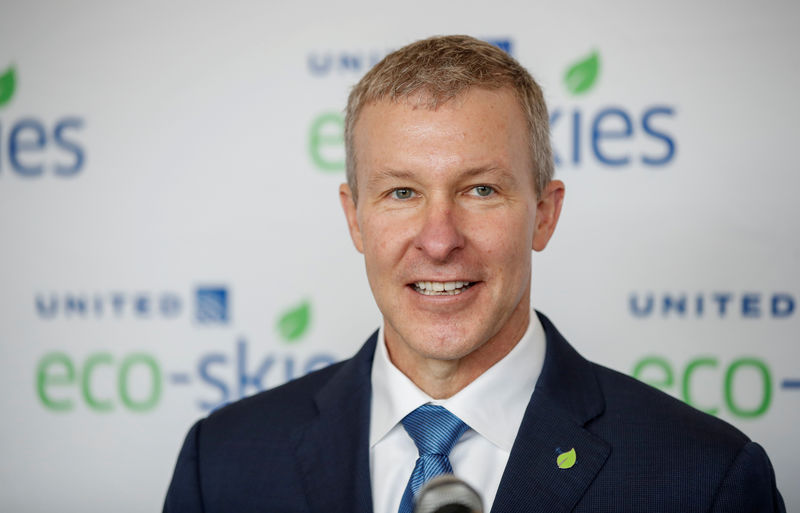 American, the world’s largest airline, has been struggling with dismal stock and revenue performance and strained labor relations, putting pressure on top management to turn things around.

Ironically, Kirby landed at United from American in 2016 after the board passed over him as a potential leader in what was described as succession planning for the longer-term.

But given diverging performance at the two airlines since Kirby’s departure – with United’s shares doubling and American’s losing about 25% – industry insiders and analysts have questioned the leadership of American Chief Executive Doug Parker and heir apparent Robert Isom, and had speculated about Kirby’s possible return.

When American ousted Kirby, it mentioned the “marketability” of its executives and elevated Isom, then chief operating officer, to the role of president.

“When American picked Isom his strength was on the operational side. With the airline lagging not only in profitability but also in operations, you can understand why people question whether that succession plan still makes sense,” aviation analyst Seth Kaplan said.

American said in an e-mailed statement it has an ongoing succession planning process, which the company’s board of directors discusses regularly.

A person familiar with the board’s thinking said the succession plan with Isom remains in place.

Parker and Isom have blamed lengthy flight delays and cancellations this year on the Boeing (N:) 737 MAX grounding and an “illegal work slowdown” by mechanics. The mechanics union has denied the allegations and is in contract talks with the airline, which is aiming for a deal within months.

American’s operational results improved for the third consecutive month in November, when the airline also set a record with seven days without flight cancellations, according to a Dec. 4 letter to employees by David Seymour, senior vice president of operations.

“They are a more reliable airline this quarter than last, but there’s a lag time in perception, and in a way they’re in a vicious cycle, without the finances to think long-term,” Kaplan said.

Glen Hauenstein of Delta (N:) and Richard Anderson of Amtrak have surfaced as possible contenders at American. However, Hauenstein is believed to have signed a non-compete agreement with a view to eventually replacing Delta’s Ed Bastian as CEO, and some question whether Anderson wants to return to the airline industry after tenures as CEO of Delta and Northwest Airlines.

“American needs a great leader and there aren’t many options, which is a concern for shareholders,” Schiffer said.

Meanwhile, Kirby – who worked alongside American’s Parker for two decades before his departure – will replace Oscar Munoz as CEO of United in May with a pledge to continue the airline’s growth.