Home
Stocks
In One Chart: If the sterling rally fizzles, this chart could be a key reason why
Prev Article Next Article
This post was originally published on this site 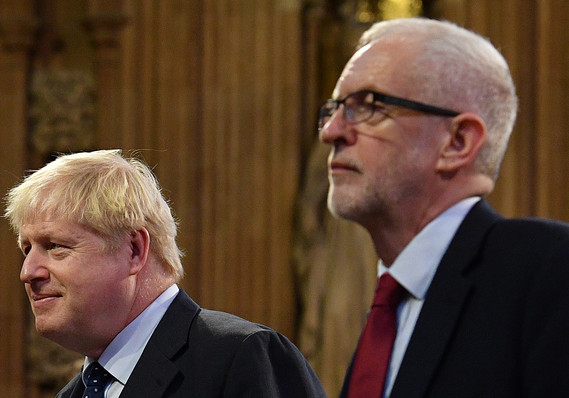 The British pound has been on a roll of late, climbing against both the dollar GBPUSD, +0.2289%   and the euro GBPEUR, +0.0592%   on expectations the Conservative party will secure a majority in the Dec. 12 general election.

The pound on Thursday reached a fresh five-month high against the U.S. dollar.

With a majority in Parliament, Prime Minister Boris Johnson intends to pass a withdrawal agreement bill to exit the European Union. Johnson would then have to negotiate a trade deal with the E.U.

Virtually every pre-election poll has the Conservatives with a bigger lead than is necessary to secure a majority in the Parliament. The general consensus is that a victory by 6 or 7 percentage points is needed for Conservatives to escape a so-called hung Parliament.

If sterling traders are making a mistake, however, it will be because of this chart. 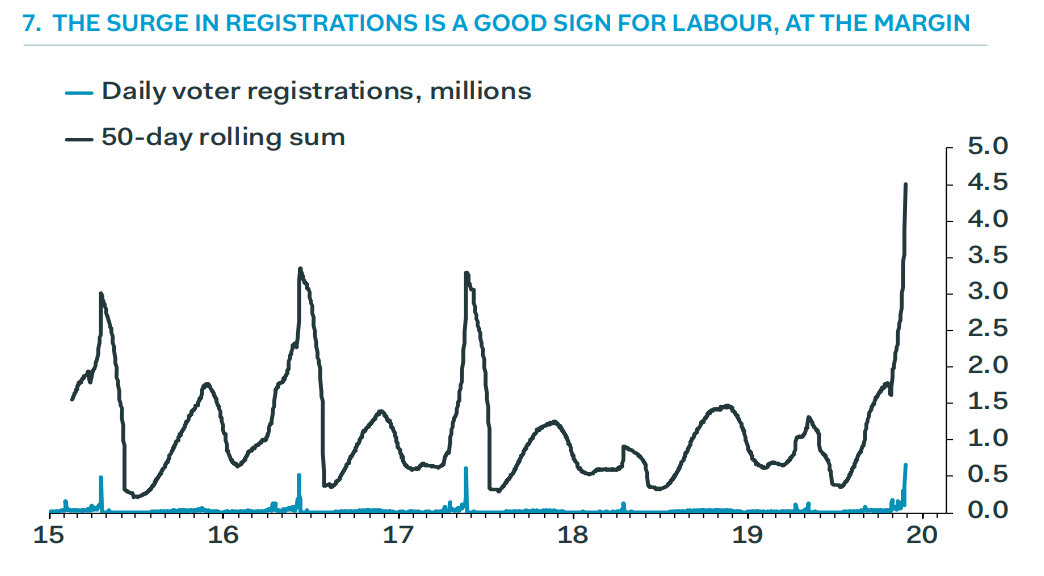 Put together by Samuel Tombs, chief U.K. economist at Pantheon Macroeconomics, it shows a surge in voter registrations.

About two-thirds of those registrations been made by those under the age of 35, who are far more likely to vote Labour. In 2017, first-time voters aged 18 and 19 favored Labour by 47 percentage points, according to YouGov.