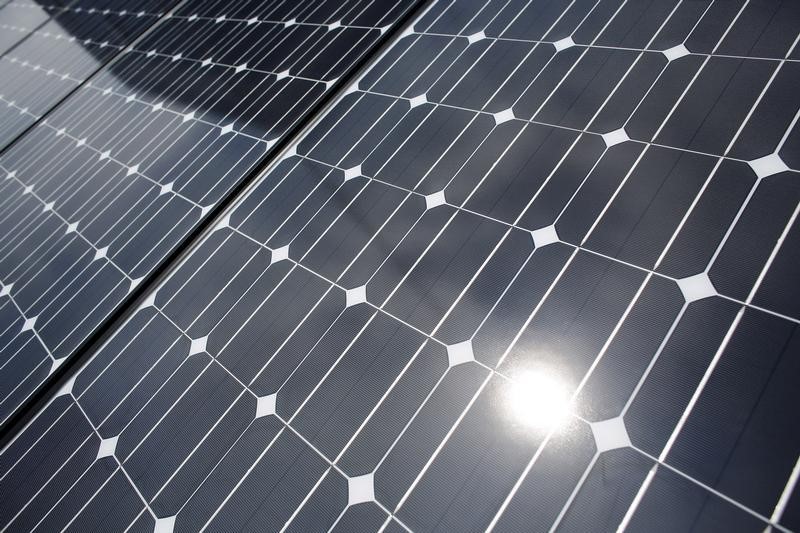 (Bloomberg) — Terms of Trade is a daily newsletter that untangles a world embroiled in trade wars. Sign up here.

One of the world’s largest solar-panel manufacturers sees booming growth in the U.S. even if President Donald Trump doesn’t lower tariffs next year.

China’s JinkoSolar Holding Co. Chief Financial Officer Charlie Cao expects U.S. demand for its products to surge nearly 45%, to 4 gigawatts, in 2020 as the Trump administration considers whether to move ahead with a scheduled 5% cut to duties on imported panels.

“It’s not going to have any change,” Cao said in an interview Wednesday at Bloomberg headquarters in New York. “This small change will not have a fundamental impact. A 50% change, that would be a disaster.”

The leading U.S. solar trade group, the Solar Energy Industries Association, warned Tuesday that the White House may curtail the scheduled reduction in tariffs, imposed by Trump in 2018 to spur U.S. manufacturing.

While they’ve prompted a handful of panel makers — including JinkoSolar — to open U.S. factories, the duties have driven up costs for developers and panel installers who employ most of the industry’s workers. If left in place, the duties will cost the industry $19 billion in investment and will lead to 62,000 fewer jobs by 2021, the solar association said in a report Tuesday.

Even after opening its factory in Florida, JinkoSolar still makes about 90% of the panels it sells to U.S. developers in Asia. The company has gained 28% since Nov. 19, when it provided a bullish forecast for U.S. and global sales next year.

The American depositary receipts rose 2.3% to $18.99 Wednesday in New York.