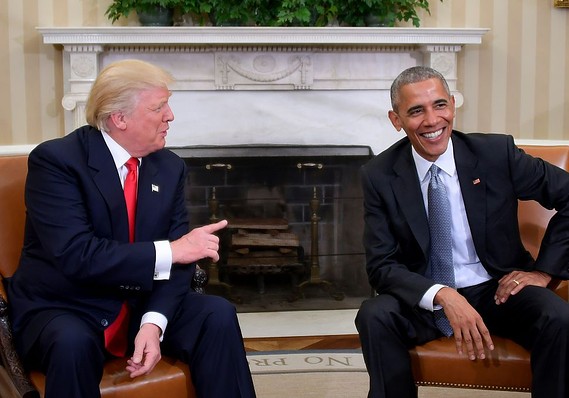 Things used to be so simple. You buy a stock, the government cuts taxes, the stock goes up.

Actually, things still are that simple. And, yet, vastly more complex. The U.S. government cut taxes in 2017, but future tax increases, large ones, are likely.

The Federal Reserve is lowering interest rates because it is told to do so by the president.

There are tariffs, things we haven’t seen in a while. Deficits are rising with zero collective will to contain them.

And we’ve seen a sharp rise in authoritarian behavior from elected leaders of all stripes, globally, which is a source of consternation.

There have been many articles written about how you should not mix your politics with your investing. Many. Except … occasionally, you should.

Since 2011, it has paid to be a liberal growth-stock indexer.

Maybe going forward, it will pay to be an MMT-er. Who knows.

It took me years to understand this. My early investing years were spent thinking that center-right policies were good for the stock market. In general, that is true.

And it is always and everywhere true that cutting taxes, especially corporate taxes and investment taxes, results in higher stock prices.

Aside from that, things get a little hazy. Tariffs are supposed to be bad for stocks, but on a long-term basis, they haven’t been.

As for deficits, the record is a bit mixed. Stocks have gone up when debt is both rising and falling.

Now that the debt issue is becoming a bit hard to handle, you might think that stocks would begin to care. Clearly, they don’t.

You can’t say anything for certain anymore.

There are some folks out there — like Leon Cooperman — who say the stock market might not even open if Elizabeth Warren is elected president.

I tend to agree. But maybe not! Maybe Warren gets elected, and stocks go up!

Sometimes stock markets go up when bad things are happening. This was true in Weimar Germany, Zimbabwe and Venezuela.

One of the things I have been writing about is that supply and demand ultimately drives stock prices, and right now stock supply is down because of all the buybacks.

I’m not saying the market can’t go down. I’m saying it’s hard for it to go down.

Basically, nothing would surprise me about 2020. Nothing at all.

One of the hardest things about investing is to be intellectually malleable. To think one thing one day, and then think another thing the next.

Even harder is to be politically malleable. To have one political belief one day, and the opposite belief the next. Impossible.

I can sort of switch sides, but not really.

If it isn’t obvious by now, I am a libertarian-slash-classical liberal. Which means I have missed out on the stock market rally from about 2015 onward.

I have run into a few people in my career who have actually told me that they would rather lose money than buy a stock like Alphabet GOOG, -0.73% GOOGL, -0.78%. Or whatever. That gets into a central thesis of mine: The vast majority of people would rather be right than make money.

Ideally, you get to do both. But that is pretty rare. I remember buying fluffy tech stocks in 2013. It felt terrible, but I did it because it was the right trade. The trade worked. I was never comfortable with it. It was an unnatural act.

If you want to be right, put it on your tombstone. In this life, we make money.

Jared Dillian is an investment strategist at Mauldin Economics and a former head of ETF trading at Lehman Brothers. Subscribe to his weekly investment newsletter, The 10th Man.