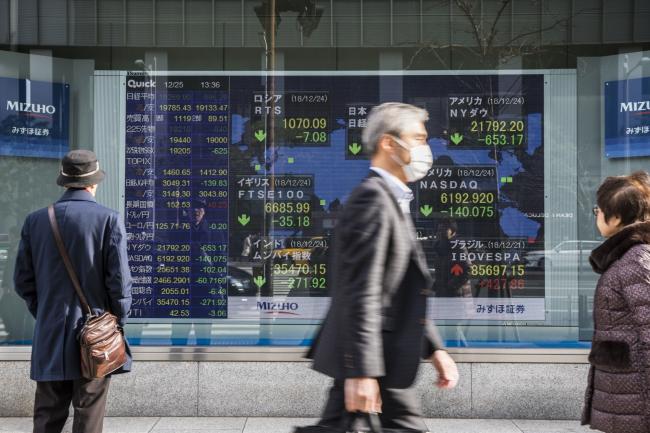 Japan’s currency held gains after its biggest jump since October on Monday in wake of Trump slapping steel tariffs on Brazil and Argentina. Australian shares opened with a thud, and Japanese and Hong Kong futures were down. U.S. stock futures were little changed after the S&P 500 Index slumped 0.9% Monday, when disappointing U.S. manufacturing data added to the risk-off tone. Treasuries were the odd asset out, falling on Monday amid a global retreat from bonds.

A U.S. proposal for tariffs on $2.4 billion of French goods, announced after the Wall Street close, may add to concerns about the looming Dec. 15 deadline on the next round of levies on China. Commerce Secretary Wilbur Ross warned that those will go ahead if there’s no U.S.-China trade deal.

Meantime, an unexpected decline in U.S. manufacturing contrasted with signs of recovery in China and Europe. Two-year Treasury yields dipped on Monday.

Elsewhere, oil rose the most in more than a week as traders sifted for fresh signals of whether OPEC and allied crude producers will tighten supplies when they meet later this week.