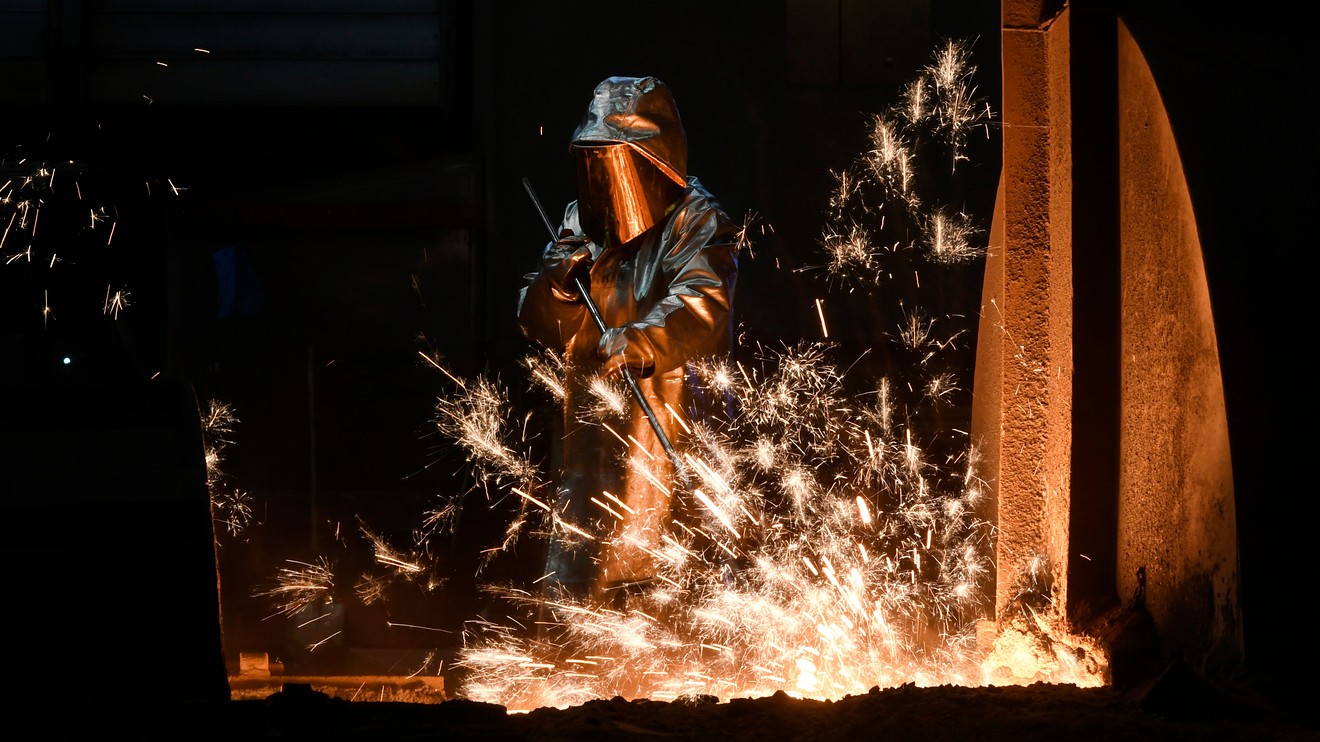 Shares of AK Steel Holding Corp. surged toward a nine-month high Tuesday, after the steel maker agreed to be bought out by iron ore mining company Cleveland-Cliffs Inc. in an all-stock deal valued at $1.1 billion.

Under terms of the deal, which is expected to close in the first half of 2020, AK Steel shareholders will receive 0.40 shares of Cleveland-Cliffs common stock for each AK Steel share they own.

AK Steel shares AKS, +4.71%  advanced 8.3% in premarket trading, putting them on track to open at the highest price seen during regular-session hours since Feb. 28, while Cleveland-Cliffs’ stock CLF, +5.26%  tumbled 10.1%. At current premarket prices, the deal would value AK Steel prices at about a 4.5% premium.

Stock deals often cause the acquiring company’s shares to fall, as issuing new stock to fund the acquisition would dilute shareholder value.

The merger announcement comes a day after President Donald Trump gave a boost to shares of steel producers, by saying he was bringing back tariffs on steel imports from Brazil and Argentina, as retaliation for currency devaluations. AK Steel shares ran up 4.7% on Monday and Cleveland-Cliffs’ stock climbed 5.3%.

Don’t miss: Trump brings back tariffs on Brazil and Argentina as deadline for China levies approaches.

“For Cliffs, we expect to realize immediate growth and a long-desired objective of a more diverse customer base, as well as more predictable cash flow generation due to the contracted nature of AK Steel’s sales of high-end automotive steel,” Goncalves said in a statement.

The companies expect the combination to generate about $120 million in cost synergies per year, which are expected to be realized within the first 12 months after closing, primarily from consolidating corporate functions, eliminating duplicate overhead costs, energy cost savings and supply chain efficiencies.

“The combination of Cliffs’ iron ore pellet capabilities and our innovative, high-quality steel product development and production is strategically compelling,” AK Steel Chief Executive Roger Newport said. “Together, we expect to be able to take advantage of growth opportunities faster and more fully than either company could on its own.”