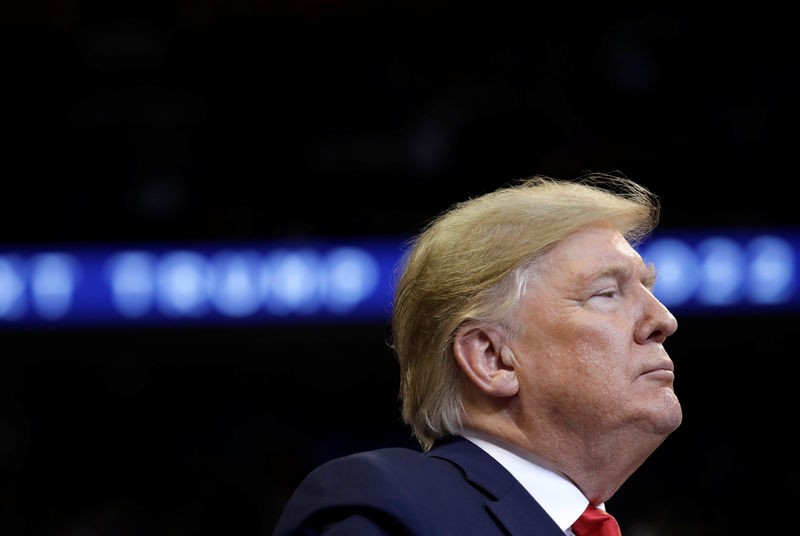 “Brazil and Argentina have been presiding over a massive devaluation of their currencies, which is not good for our farmers. Therefore, effective immediately, I will restore the Tariffs on all Steel & Aluminum that is shipped into the U.S. from those countries,” Trump wrote.

Brazil’s President Jair Bolsonaro, an avowed Trump fan who has sought closer U.S. ties, said in local radio interview that he would call his U.S. counterpart, who he was confident would listen to Brazil’s concerns.

“Their economy is not comparable with ours, it’s many times bigger. I don’t see this as retaliation,” Bolsonaro said in a radio interview with Brazil’s Radio Itatiaia.

“I’m going to call him so that he doesn’t penalize us … Our economy basically comes from commodities, it’s what we’ve got. I hope that he understands …and I’m almost certain he’ll listen to us,” he said.

Trump has repeatedly urged the U.S. central bank to lower rates to below zero, but Fed policymakers have been reluctant. Fed policy makers hold their next meeting on Dec 10-11.

In Brazil, steelmakers fell sharply as the market opened but quickly reversed losses.

Brazil’s benchmark Bovespa equities index () was up 0.9%. The country’s currency, the real, initially fell around 0.5% at the open, nearer to last week’s record low. But it recovered to trade stronger at 4.2230 per dollar.