Home
Market
Ryanair tries to delay operations chief's flight to easyJet
Prev Article Next Article
This post was originally published on this sitehttps://i-invdn-com.akamaized.net/trkd-images/LYNXMPEFB200M_L.jpg 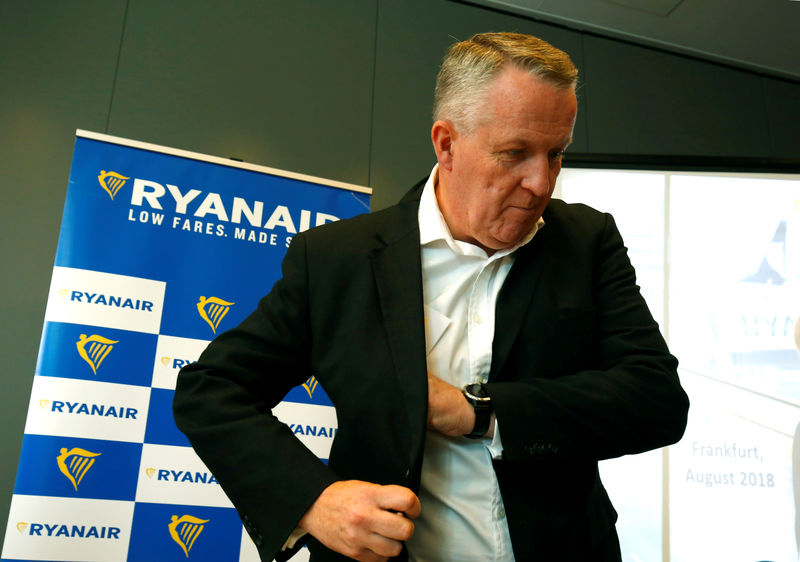 DUBLIN (Reuters) – Ryanair (I:) heads to court on Tuesday to try to prevent operations chief Peter Bellew from joining arch-rival easyJet (L:) until 2021.

Europe’s biggest budget airline said in July that the former Malaysia Airlines boss would step down at the end of the year.

Ryanair argues that all its senior executives commit to non-compete clauses barring them from joining a competitor for 12 months after leaving the Irish airline.

Ryanair boss Michael O’Leary told reporters in September that the only issue was whether Bellew, who is currently working out his notice, can join easyJet on Jan. 1, 2020, or Jan. 1, 2021, a full 18 months after easyJet announced his appointment.

An easyJet spokeswoman declined to comment on the case. Bellew has not commented on the case since Ryanair initiated proceedings.

O’Leary has said the timing of Bellew’s switch is sensitive because of the problems Ryanair is currently having with Boeing’s (N:) grounded 737 MAX jet, which have slowed down its growth plans.

Ryanair is one of Boeing’s biggest customers for the MAX 737, with 210 on order, and the airline said last month it expected a further delay to deliveries that could leave it without the new jets next summer.

Bellew left his role as CEO of Malaysia Airlines two years ago to return to Ryanair where he was director of flight operations before leaving for Kuala Lumpur in 2014.

Tasked with tackling a pilot revolt that resulted in Ryanair’s first ever strikes, Bellew has helped patch up relations with staff and agree deals on pay and conditions with trade unions that have quelled the unrest.

An Irish national, Bellew described his return to Ryanair in 2017 as “a form of national service” to help what he described as Ireland’s greatest company. Some observers had seen Bellew as a possible future Ryanair chief executive.