Home
Stocks
Is holiday overeating slowly killing us?
Prev Article Next Article
This post was originally published on this site 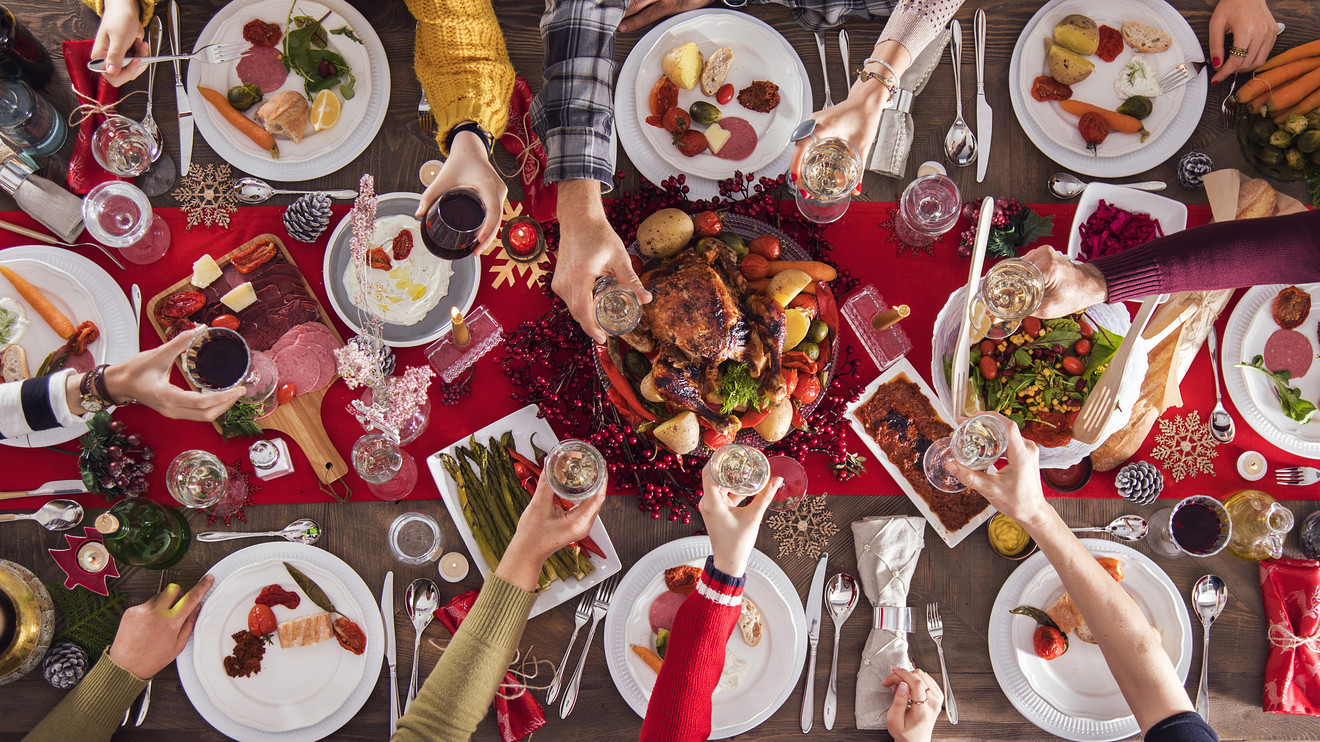 Feeling stuffed and bloated after a blowout Thanksgiving eating marathon?

Staring at mounds of desserts and other leftovers in the aftermath?

It may be even worse than you think. Health researchers say the binge eating and drinking we do at this time of year may be killing us.

And they mean that — literally.

The overeating and overdrinking that typically takes place between the middle of November and New Year is a prime driver of the obesity epidemic that now kills more Americans than smoking, according to this scientific survey published in the British Medical Journal.

Obesity may now be killing up to half a million Americans a year, costing us $147 billion a year in extra medical costs — and even contributing to climate change.

Multiple studies of average weight gains during each holiday season reported “consistent increases” in weight of 0.4 kilograms to 0.9 kilograms, or roughly one to two pounds, said researchers in the BMJ, after a survey of the medical literature.

What’s worse, studies have found that most people keep the pounds they pack on each year between Thanksgiving and New Year, they added. Although these gains are small per year, they conclude, over 10 years they would lead to a 5 to 10 kilogram increase in body weight, “which is sufficient to drive the obesity epidemic.” That’s roughly equivalent to 10 to 20 pounds extra weight per year.

The report was produced by researchers from Britain’s University of Birmingham and Loughborough University. A study published earlier in the New England Journal of Medicine, which tracked the weight of nearly 3,000 people using Wi-Fi-enabled bathroom scales, found sharp rises in body weight around the holidays both in the U.S. and in other developed countries.

The World Health Organization says obesity now kills nearly three million people a year around the world, and “is one of today’s most blatantly visible — yet most neglected — public health problems.”

Some 40% of the U.S. adult population is now clinically obese, as well as 19% of children, according to the U.S. Government’s Center for Disease Control. Those suffering from obesity are more likely to have a lower quality of life and to die sooner than those of a healthy weight, medical researchers say. Being obese raises your risk of heart disease, stroke, Type 2 diabetes and some cancers, the CDC adds.

Medical costs for the obese are on average nearly $4,000 a year more than for those of normal weight, says a study in the Journal of General Internal Medicine.

Clinical obesity is defined as having a Body Mass Index above 30. BMI, a widely-used medical measure of body weight, is calculated as your weight in kilograms, divided by your height in meters squared. Free online calculators allow anyone to calculate their BMI so long as they know their height and weight.

People generally put on weight over the holidays largely thanks to social context and pressure, say researchers. That involves typically eating unhealthy food, eating too much of it, drinking too much, and not doing enough exercise to burn off the calories. In fact, just eating in a big social gathering, such as Thanksgiving or Christmas, can lead you to eat more than usual.