Home
Stocks
TaxWatch: Run for the border! These 5 states have the ‘best’ sales tax for shoppers
Prev Article Next Article
This post was originally published on this site 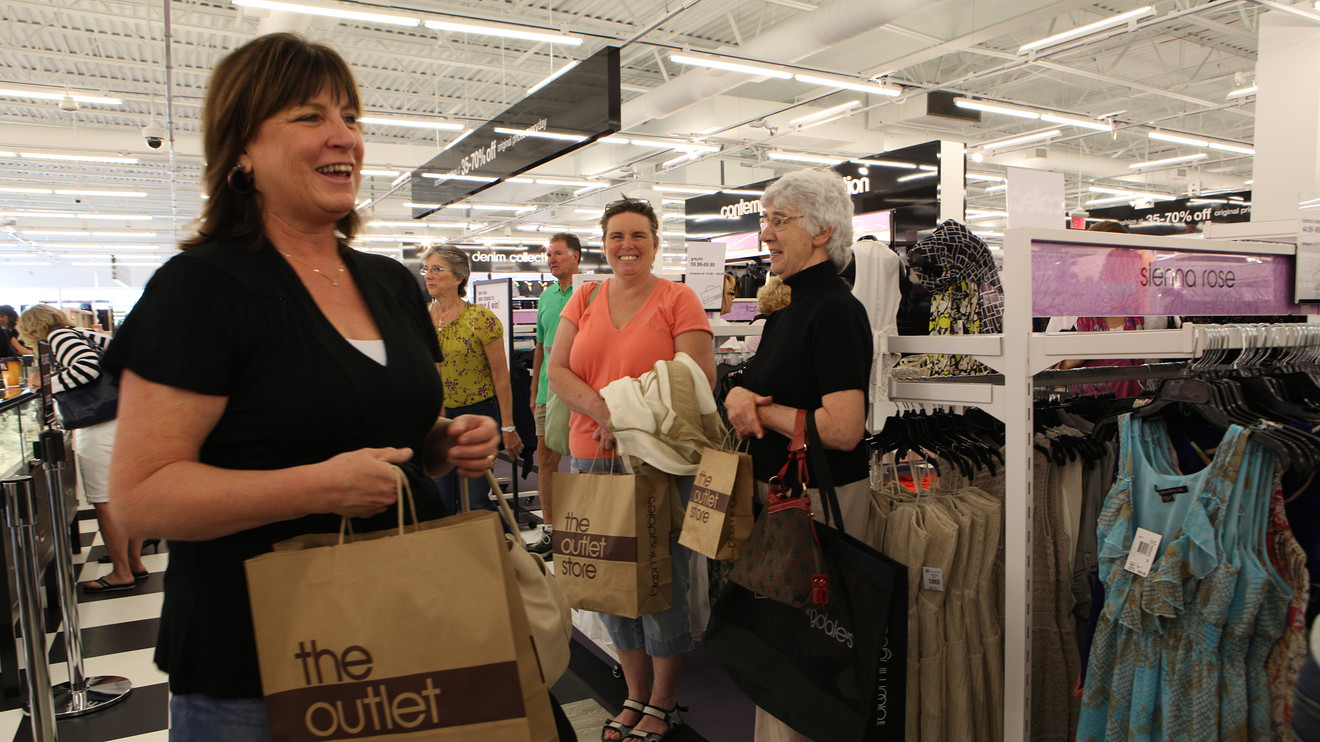 Shoppers in this state have friendly sales tax rules, according to new rankings.

Just in time for Black Friday, the rankings show which states have the lowest rates and easiest-to-follow sales and business tax rules for consumers and companies alike.

State-level sales tax rates can vary between 4% and 7.25% where there is a tax at all. Some places have city or county-level taxes.

But Wednesday’s rankings from the Tax Foundation, a right-leaning think tank, weren’t purely about rate levels; they focused on the overall effectiveness of a state’s rules.

Well-designed, low-tax codes won’t force businesses to pass along costs to customers or make customers cut back on purchases, but poorly designed ones can have those consequences, according to the think tank. “An ideal sales tax applies to a broad base of final consumer goods and services, with few exemptions, and is levied at a low rate,” the Tax Foundation said.

Top performing states and basement dwellers are scattered across the country, the map shows. 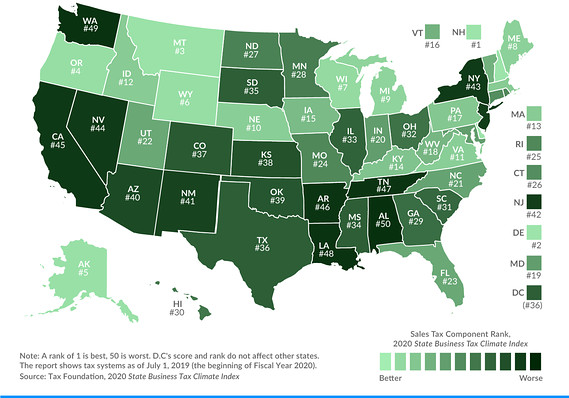 Taxes tucked deep inside receipts may not loom large for many shoppers. But considering that certain top performing and low performing states are next to each other on the Tax Foundation’s map, some shoppers may want to consider crossing state lines for holiday shopping.

“People are sensitive to sales taxes,” said Jared Walczak, director of state tax policy at the Tax Foundation. “If it’s too high, it can change how much you purchase and where you purchase it.”

Here’s a look at the five states with the “best” tax codes, according to the Tax Foundation:

These five states have never had a sales tax on the books, Walczak said. “It’s hard to go wrong in your tax structure when you don’t have the tax,” he said. Certain local jurisdictions within Alaska do impose their own sales taxes, he noted.

The ”worst” five states are:

Sales tax problems in these states included complexity and multiple local jurisdictions imposing their own taxes, Walczak said. Though Washington has no state income tax, its taxes on businesses at various stages mean “when product gets to the consumer, it’s being taxed multiple times over.”