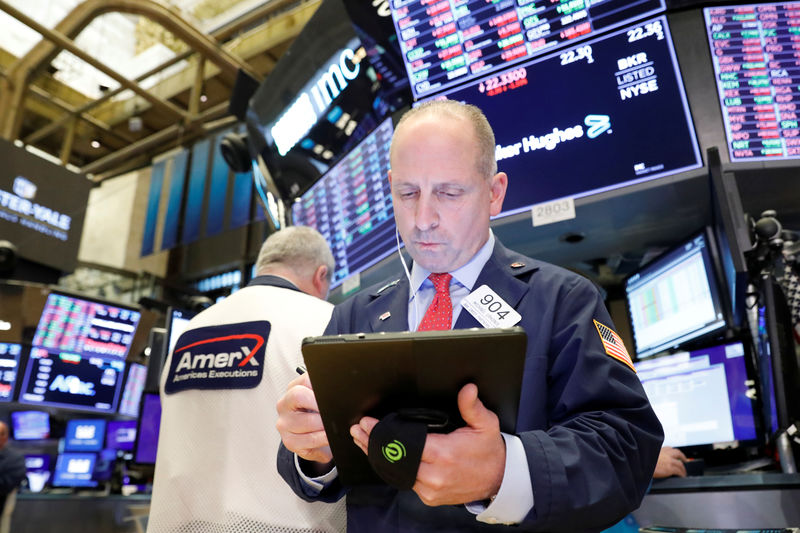 The legislation knocked global stocks off near-record highs on Thursday, when U.S. markets were closed for Thanksgiving Day.

Wall Street has notched all-time closing highs in every session so far this week on upbeat domestic data and hopes of an imminent “phase one” trade deal.

But sentiment dulled after China said on Thursday it would take “firm counter measures” if the United States continues to interfere in Hong Kong.

These could include barring drafters of the legislation from mainland China, Hong Kong and Macau, the editor of China’s state-backed Global Times tabloid said in a tweet.

The tariff war between the world’s top two economies has dented business sentiment and become the biggest risk to global growth. The next round of U.S. tariffs is due to take effect on Dec. 15 on Chinese goods including Christmas decorations.

U.S.-listed Chinese stocks were trading lower before the opening bell, while trade-sensitive chipmakers including Micron Technology Inc (O:) and Nvidia Corp (O:) dipped between 0.4% and 0.7%.

Trading volumes are expected to be light as the stock market closes early on Friday.

Shares of PG&E Corp (N:) fell 18.4% after a report that U.S. bankruptcy judge Dennis Montali sided with wildfire victims, who said the company was subject to a doctrine known as “inverse condemnation” that holds utilities strictly liable for covering the costs of wildfires.

Bionano Genomics Inc (O:) was down 4.5% after the company disclosed that Chief Financial Officer Mike Ward would leave.