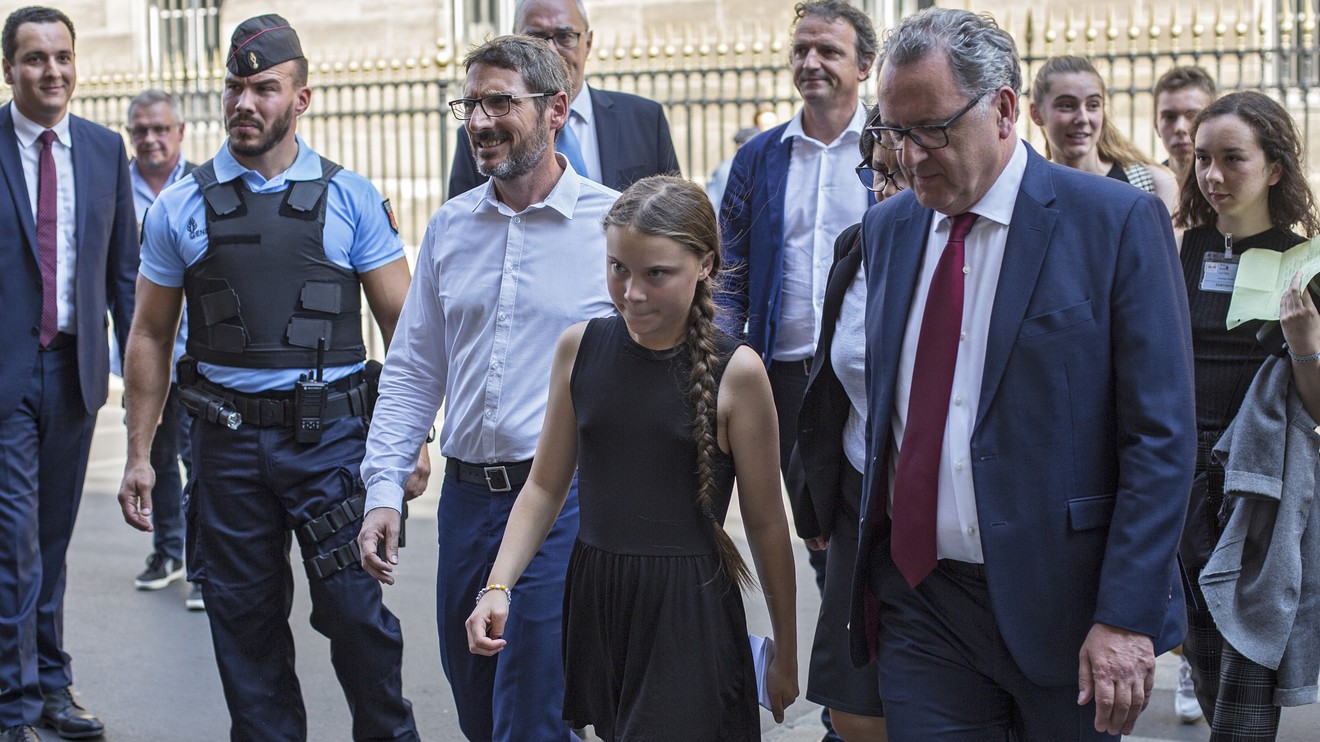 U.K.-based Collins Dictionary has declared “climate strike” as its word (in this case, words) of the year, after noticing a hundredfold increase in its use in 2019.

“Climate strike” is defined as “a form of protest in which people absent themselves from education or work in order to join demonstrations demanding action to counter climate change,” the publisher said.

The first use of the expression was registered in 2015, when a mass demonstration took place during the United Nations climate change conference in Paris. However, the phrase took off in late 2018, when the teenage Swedish activist Greta Thunberg’s decision to skip school on Fridays for her solo protest in front of Swedish parliament made headlines around the world. In September 2019, an estimated six million people had pushed the cause well beyond Stockholm by joining the worldwide climate strike, also known as the Global Week for Future.

I find this picture so incredibly moving. This is @GretaThunberg aged 15, sat alone outside the Swedish Parliament Aug 2018 – the first school strike. In just one year, she’s created a wave that will change the whole world. Never underestimate the power of one young person 💜💚 pic.twitter.com/84oYgJpnLj

Read: Weather Channel will wade into climate debate with hour-long special that Trump passed up

“Climate strikes can often divide opinion, but they have been inescapable this last year and have even driven a former word of the year — Brexit — from the top of the news agenda, if only for a short time,” Helen Newstead, Collins’s language content consultant, told the Guardian.

Read: ‘The wrong Amazon is burning’: These are some of the most powerful global climate strike signs

Other climate-focused words made the Collins shortlist, including “rewilding,” or the act of returning some land to its untamed state, sometimes reintroducing animal species that are no longer naturally found there.

Each year, Collins, which has been publishing dictionaries and other reference books since 1819, tracks a 9.5 billion word corpus and makes a list of 10 new or notable terms. They’re not the only dictionary to pick a word of the year. “Toxic” was a 2018 pick by the Oxford English Dictionary publisher, for instance.

Read: ‘Vulture capitalism’ and the all the latest finance terms added to the Merriam-Webster dictionary

Other Collins top selections this year included “BoPo,” short for body positive, or embracing anyone’s physical appearance, especially that which was once considered outside the realm of traditionally attractive. And “nonbinary,” which Collins defines as “relating to a gender or sexual identity that does not belong to the binary categories of male or female, heterosexual or homosexual.”

“Cancel,” as in “cancel culture,” or the public rejection of a person or organization to show disapproval is also there. See the full list.