Home
Stocks
The Ratings Game: Shake Shack stock tanks after it says it will temporarily shutter locations in 2020 for upgrades
Prev Article Next Article
This post was originally published on this site 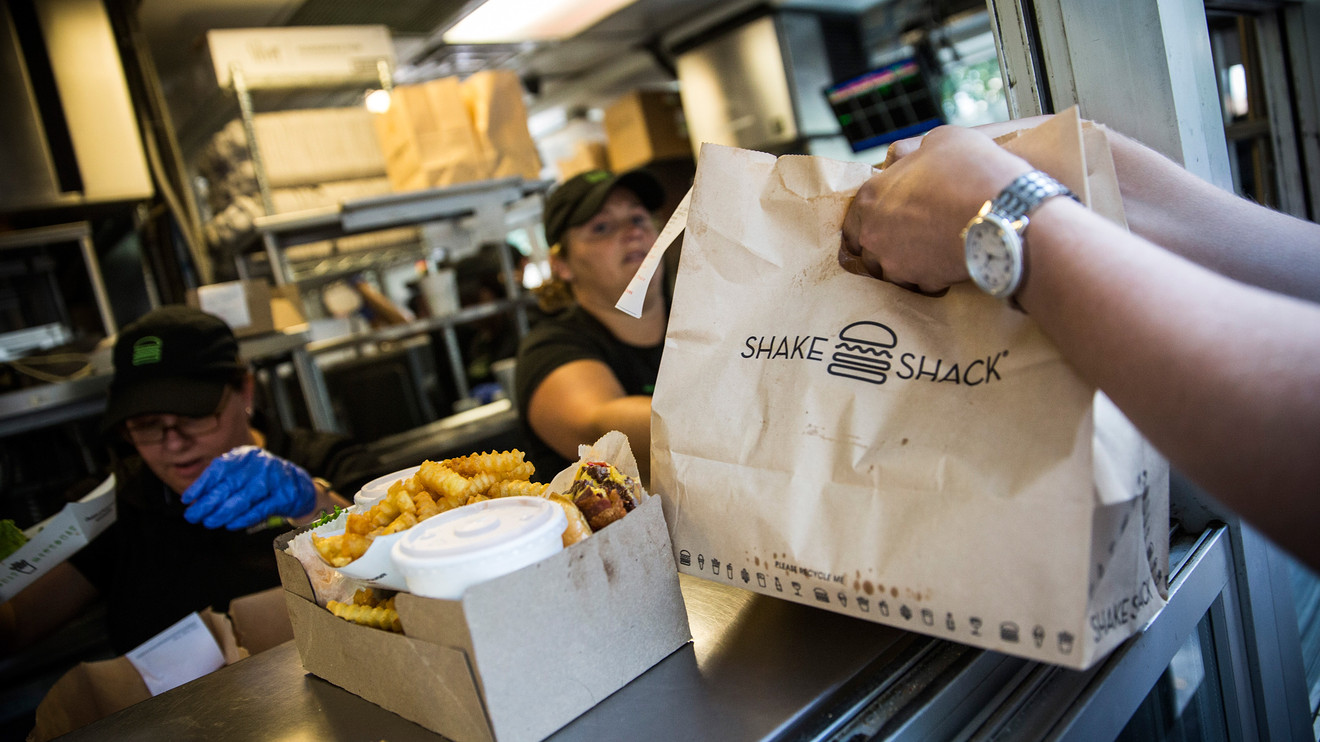 Shake Shack Inc. fans may have to get their burger fix elsewhere in 2020, as the company plans to shutter some locations temporarily for upgrades.

Shake Shack is focused on improving the guest experience, according to Garutti, which aims to use technologies such as the mobile app and kiosks to streamline operations for customers and workers. He also said the company is testing formats in urban areas with a smaller footprint in order to more easily bring in digital ordering and improve order pickup.

For existing Shake Shack locations, a remodeling may be on the way.

“During these remodels, we’ll be updating and improving layout to ensure optimal flow from multiple ordering channels, upgrading our kitchen equipment to maximize throughput and installing kiosks and bring even further convenience to the guest experience,” he said, according to a FactSet transcript.

“Some of these will include temporary closures that will be incorporated into our total revenue outlook for 2020 and we will come back to you with the specifics around that on our next call.”

The stock decline continued in Tuesday trading, with shares down 20.6%, the biggest one day percentage decline since the burger chain went public.

On the previous call, Shake Shake warned of “volatility” as the Grubhub service is integrated and other delivery providers like DoorDash and Postmates are removed.

Analysts blame the transition for the same-store sales slowdown.

“The impact is much worse than we anticipated, but we expect join marketing with Grubhub, Grubhub’s aggressive expansion strategy and Shake Shack’s greater focus on menu innovation in 2020 to drive positive same-store sales by the second half of 2020,” wrote SunTrust Robinson Humphrey analysts.

They rate Shake Shack shares buy with an $85 price target, slashed from $102.

MKM Partners analysts blame a variety of factors for the results.

“When considering what changed from one quarter to the next, we believe it is a combination of some strategic decisions (including the removal of multiple delivery partners and technology investments) along with traditional external factors (including labor and commodity inflation and marketing, among other factors,” analysts said.

Given the company’s expanding footprint, investments and near-term “choppiness,” MKM held on to its neutral stock rating for Shake Shack and $75 fair value estimate.

Stifel is cautious about the shift to a single third-party delivery provider. Shake Shack talked about moving customer information to Grubhub and changing customer habits to a new provider, which will be a process. However, they were bullish about the benefits of making the change.

“Management defended the thesis that an exclusive relationship would result in the best customer experience and the most efficient operational performance over the long term, but we are hesitant to fully endorse this view, especially given Grubhub’s lack of market leadership in key markets for Shake Shack,” analysts wrote.

“A key watch point for investors will be the extent of the slowdown in digital sales over 4Q as well as whether or not the company’s investment in marketing its availability on Grubhub gains traction and results in evidence of consumers adjusting behavior to access the brand for delivery.”

Stifel rates Shake Shack shares hold with a $60 price target, down from $80.